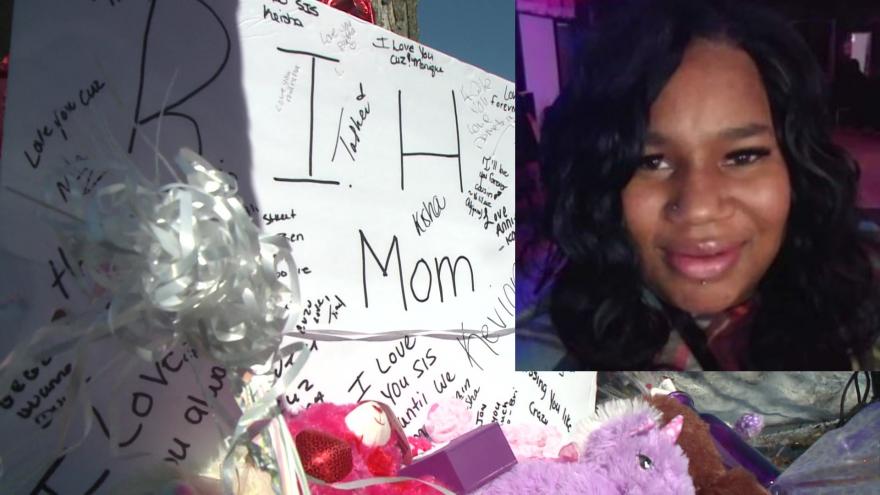 Annie Sandifer, 35, was shot on a party bus parked outside of Gene's Supper Club near 60th and Congress early Saturday morning. Milwaukee police say a silver four-door sedan drove by firing five to six shots from the sunroof.

Sandifer was rushed to the hospital by the party bus, but later died.

"She had a family, she has a husband, she had kids," said Octavia Lewis, Sandifer’s cousin.

Sandifer was 26-weeks pregnant. Despite her death, doctors were able to save her baby boy through emergency C-section.

"He is a miracle baby, he is here through the grace of God and he's healthy and fighting like his mom was a fighter,” said Latonya McCay, a close family member. “It's kind of typical for someone to be born that early to have a breathing condition but I believe, we all believe he's here for a reason and he's going to make it through."

The loss has been devastating for the family. McCay said they haven't yet shared news of the death with Sandifer’s five other children. "I don't think it's the right time right now. It's a right time and season for everything."

Meanwhile, District 2 Alderman Cavalier Johnson, who represents the neighborhood, says more needs to be done at the state level to control gun violence in the community.

"The Legislature just won't act," he said. "It’s very frustrating, especially when we're trying to take it in a different direction and folks on the right say how dangerous it is here. Well, help us to make it safer by limiting access to people who should not have access to guns in the first place."

Sandifer's family is asking anyone with information about the shooting to contact authorities.