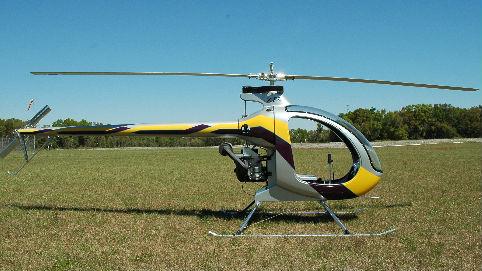 Early Sunday morning Racine County Communications Center received a call reporting a helicopter crash at Guntly Airport located in the town of Norway. When Racine County Sheriff's Deputies arrived, they noticed a 61-year-old pilot from South Milwaukee was conscious and alert but sustained a laceration on the back of the head. The pilot was later transported to Froedert Hospital where he was being treated for non life threatening injuries.

Initial investigation reveals the pilot was operating a \"Mosquito\" helicopter which is a small, one passenger aircraft and is considered experimental based on it's small size. According to a witness on the ground, the pilot was hovering about 15 feet above the ground when the helicopter lost lift and dropped to the ground, landing in a cornfield. The witness said he saw the pilot exit the aircraft and walk towards the back where it appeared he sustained a blow to the head from the rear rotor.

The aircraft sustained very little damage and the cause of the crash is currently unknown.

FAA responded and the investigation is ongoing.

Soldier surprises his mom after being deployed for two years

Milwaukee County Sheriff's Office investigating crash on I-41 near Greenfield