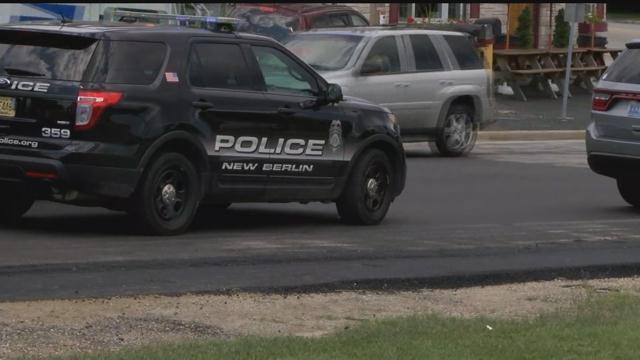 Three men are now in custody after residents spotted them acting suspicious near a home near Sunnyslope and Beloit.
A car involved was stopped near the corner of 124th and Beloit and sparked a large police response.

The original call came in as an armed home invasion. New Berlin police say an investigation now reveals no break in actually happened.
But based on information from the initial call, they didn't want to take any chances.

Witnesses tell us at least 15 police units responded when the suspects' car was stopped, closing down traffic in all directions on Beloit and 124th.
They say police walked toward the grey SUV involved, with their guns drawn, telling the men to put their hands behind their heads and get out of the vehicle.

The three men inside the SUV complied and put their hands up, but witnesses say it took about twenty minutes for them to get out of the car.  They say eventually the suspects got out one by one, and were arrested without incident.

Police say the suspects weren't armed, but a stylist tells us customers at Style Salon were moved to the basement, just in case things got out of hand.

\"It was already really scary because they just stopped them right in front of our salon and there's cops with rifles in front of our door. And knowing that they were armed they could have just shot wherever,\" said Allison Mallatt.

New Berlin police the suspects have all been arrested on municipal charges of prowling.