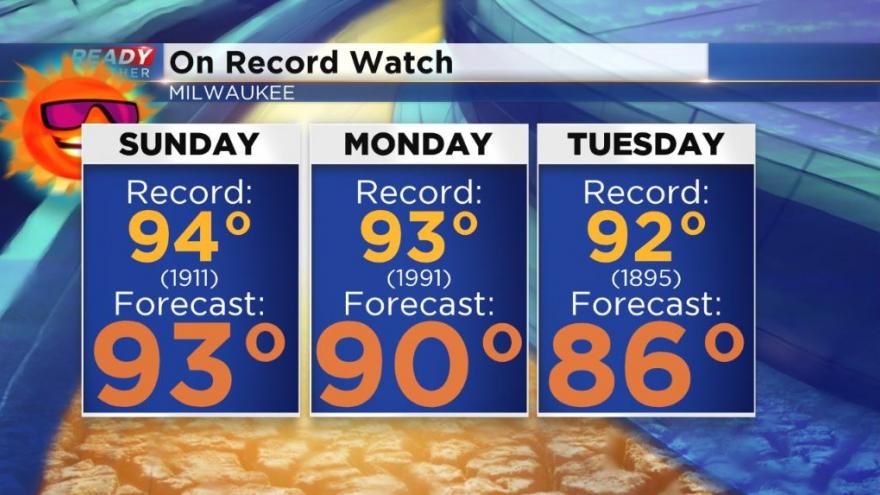 The heat has arrived in southeast Wisconsin just in time for the unofficial start of summer on Memorial Day. Saturday was the third day in a row in the 80s with a high of 86° in Milwaukee before a lake breeze rolled in. Saturday was close to being the warmest day of the year, but didn't pass the 88° we piked up Friday. It is the warmest since September 26 when Milwaukee hit 91°. 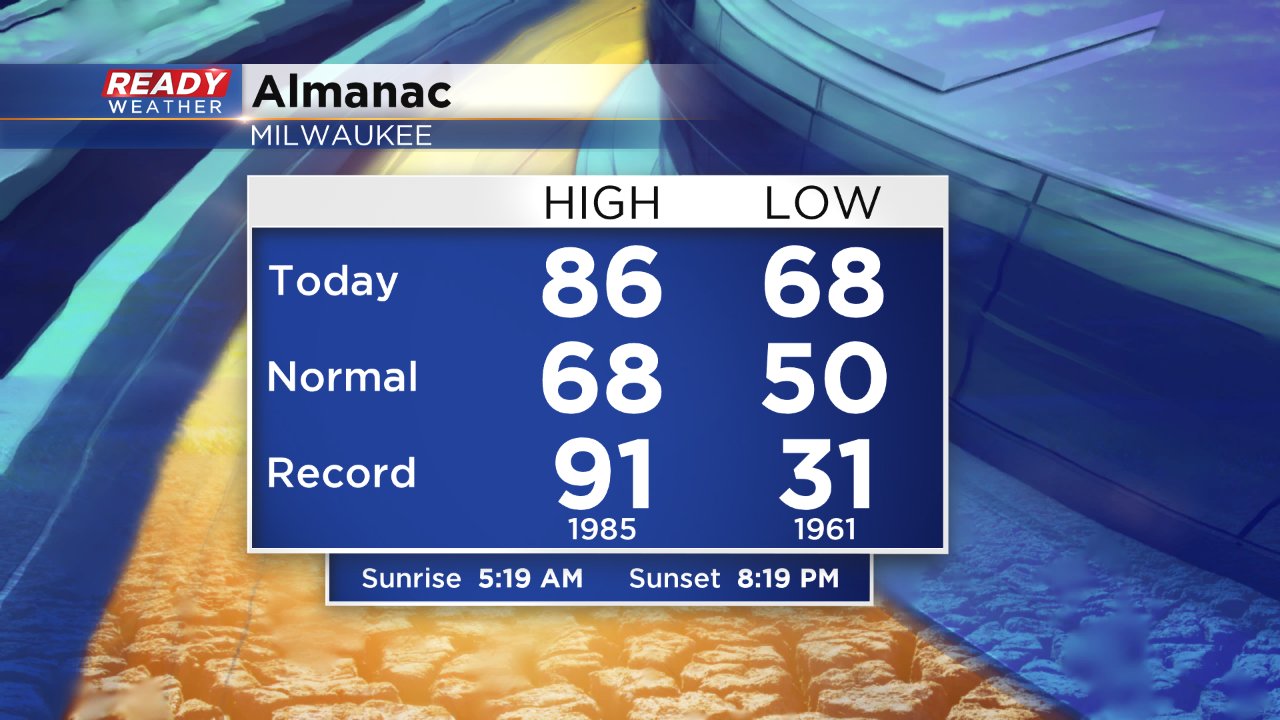 The temperature on Sunday is expected to be hotter for everyone in our area. Highs will likely reach the low to middle 90s for both inland and lakeside locations becoming the warmest day of the year. A lake breeze may settle in during the late afternoon but not before lakeside areas also hit the 90s. 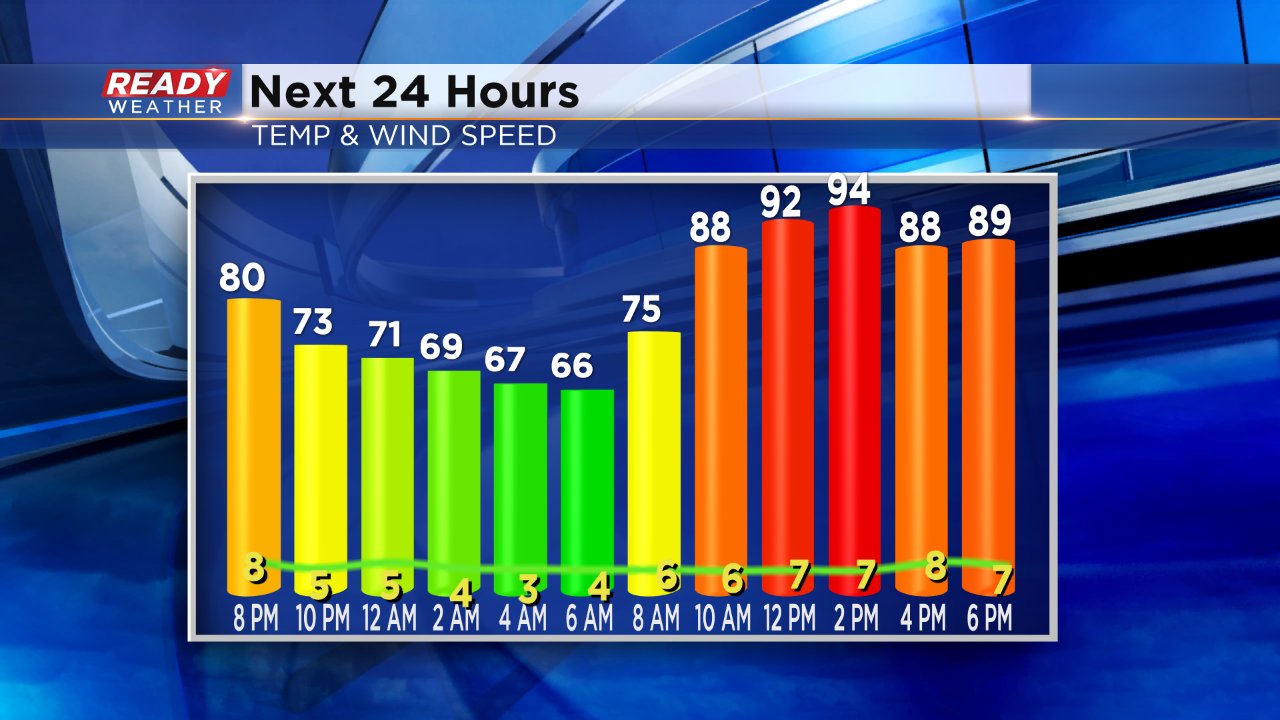 The return of 90° heat means we are on record watch. We fell short of the record on Saturday which was 91° set back in 1985. The record for Sunday looks the most attainble. Currently the record is 94° set over 100 years ago in 1911. The current Ready Weather forecast is 93° which comes very close. Monday and Tuesday could also be near-record days with a current forecast of 90° in Milwaukee on Memorial Day with a record of 93° in 1991 and a forecast of 86° on Tuesday with a record of 92° set in 1895.

Even though we will see plenty of heat, the humidity won't be so bad. Dew points are expected to stay in the low 60s so although humidity will be noticeable it's not expected to be too muggy for most. 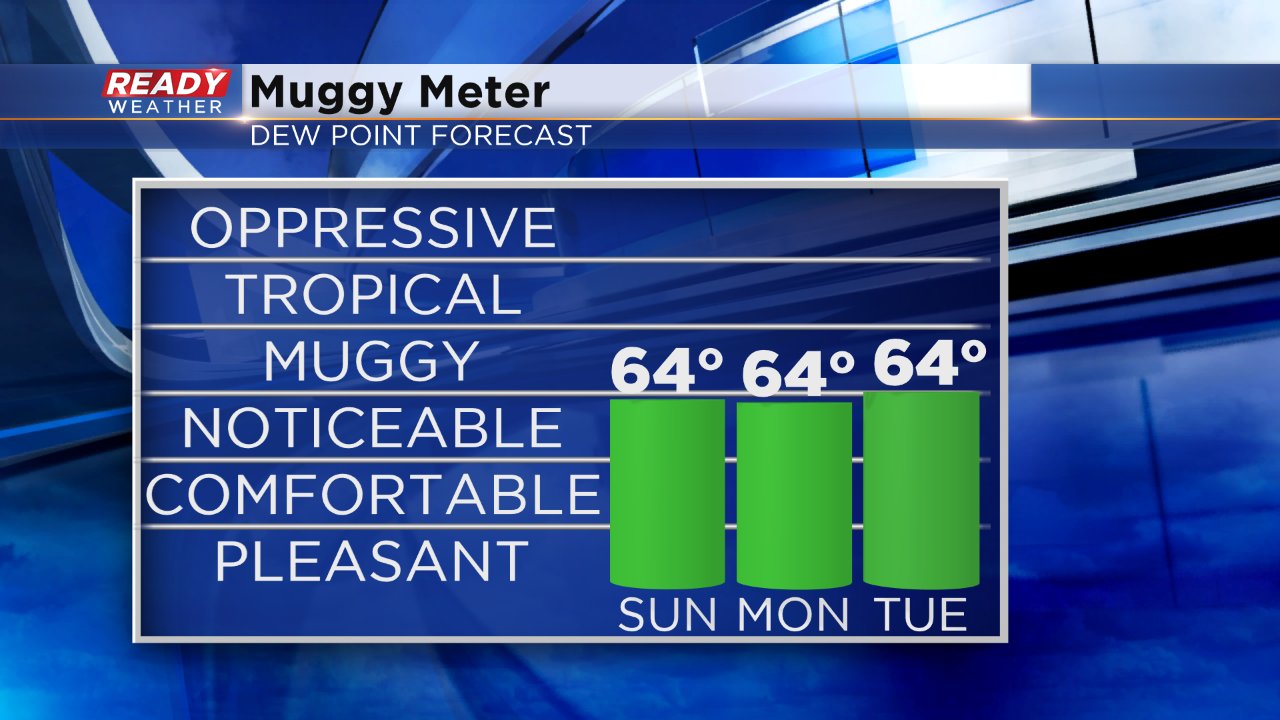 If you download the CBS 58 Ready Weather app you can track how high temperatures get and how close we get to records.