Heartbreak leads to abduction in Mukwonago 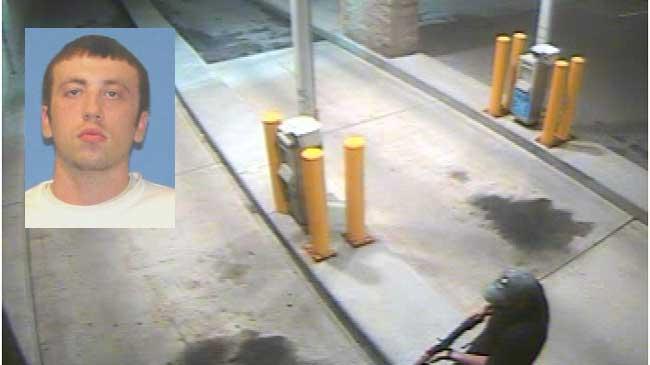 Heartache is to blame for an abduction that happened at a Mukwonago Walmart Monday.

Mitchell Owens, 24, told his victim, a 21-year-old woman, that she broke his heart and this was the only way that they could be together.

According to the criminal complaint, the victim tried to tell him she would break up with her boyfriend so they could hang out again, but Owens carried on with the abduction. He threatened to shoot her on several occasions.

Investigators believe the gun Owens had was an AK47.

The victim told law enforcement Owens also had a machete and a pocket knife.

Owens plans for the victim are unclear, but he had what was described as a survival kit in the car.

The victim didn't say they dated, but she did say she recognized him as a former co-worker who left Walmart over a year ago.

She was able to send a text message asking someone to call 9-1-1 and later managed to escape from a Kwik Trip in Eau Claire. Owens died of a self-inflicted gun shot wound.

The victim's parents released a statement thanking everyone who helped their daughter.

\"The family would like to give a special thanks to Kevin Schwarts for his quick response by alerting the managers at Walmart that the employee was missing.

We would like to thank the Walmart supervisors and employees for their quick action in alerting the Mukwonago police department. Walmart's store manager Mike was quick to respond by offering his services, and we would also like to thank him.

Our utmost and special thanks to Mukwonago's Lieutenant Steve Laude and Lieutenant Daniel Streit whose quick response and actions made it possible to get out the missing person's alert, keeping us informed during the situation, and notifying us when she was found safely. We are very grateful for all of the efforts and long hours put in by the Eau Claire police and surrounding departments who aided in this matter.

We would like to express our gratitude for the Kwik Trip employee who helped our daughter get away safely, and notifying the police of her whereabouts.

We would also like to thank the community for their love and support during this difficult time.

Please keep Mitch's family and friends in your prayers; we hold no animosity towards the family or towards Mitch. We feel he was a troubled man, and was having a difficulty dealing with some issues.

Our deepest condolences go out to his family in their time of mourning.\"