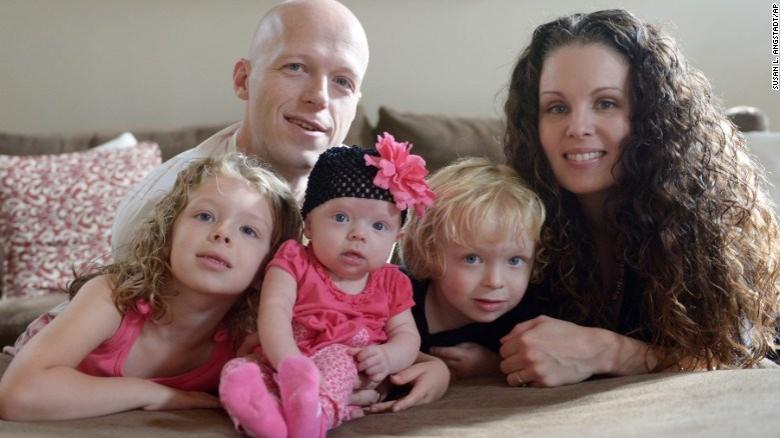 (CNN)From the day she was born with a congenital heart defect in May 2014, Willow Short and her family fought for her survival.

At 6 days old she received a life-saving heart transplant, followed by daily doses of a specialty drug to keep her body from rejecting the transplanted heart.
The Short family's struggles and triumphs were documented in local and national news stories. The most recent one, a New York Times article in 2015, described the family's difficulty navigating specialty pharmacies to obtain Willow's medication.
Megan Short also described her journey in blog posts for a congenital heart defect family support group, likening the experience to post-traumatic stress disorder.
"Nothing can explain the overwhelming anxiety I had bringing her home. How was I supposed to handle this without doctors and nurses by my side? Could I keep her alive on my own?" she said in an April 2016 post. "With time, things got easier. I became more confident with the medical aspect of caring for her, but the trauma is something that never goes away."
Then, suddenly, it was over.
Willow, along with her sister, brother, and parents, were shot to death in an apparent murder-suicide, the Berks County, Pennsylvania, District Attorney said Sunday.
It's not clear whether Mark or Megan Short killed the rest of the family and their dog in what authorities are calling a "tragic domestic incident."
A family member called Sinking Spring Borough Police on Saturday after Megan Short missed a lunch date, the district attorney's office said.
Officers responding to the family's Sinking Springs home found the bodies of Megan and Mark Short in the living room with 8-year-old Liana, 5-year-old Mark Jr. and 2-year-old Willow.
All died of gunshot wounds and a handgun was found near one of the adults.
A handwritten note found in the home appeared to be a "murder/suicide" note, the statement said, without specifying who wrote it.
The officers' investigation revealed there had been "domestic issues" between Megan and Mark Short.
"This is an apparent tragic domestic incident. Our thoughts and prayers go out to the families at this difficult time," the statement said.
Share this article: