Heart attack patient thanks Greenfield firefighters who shoveled his driveway 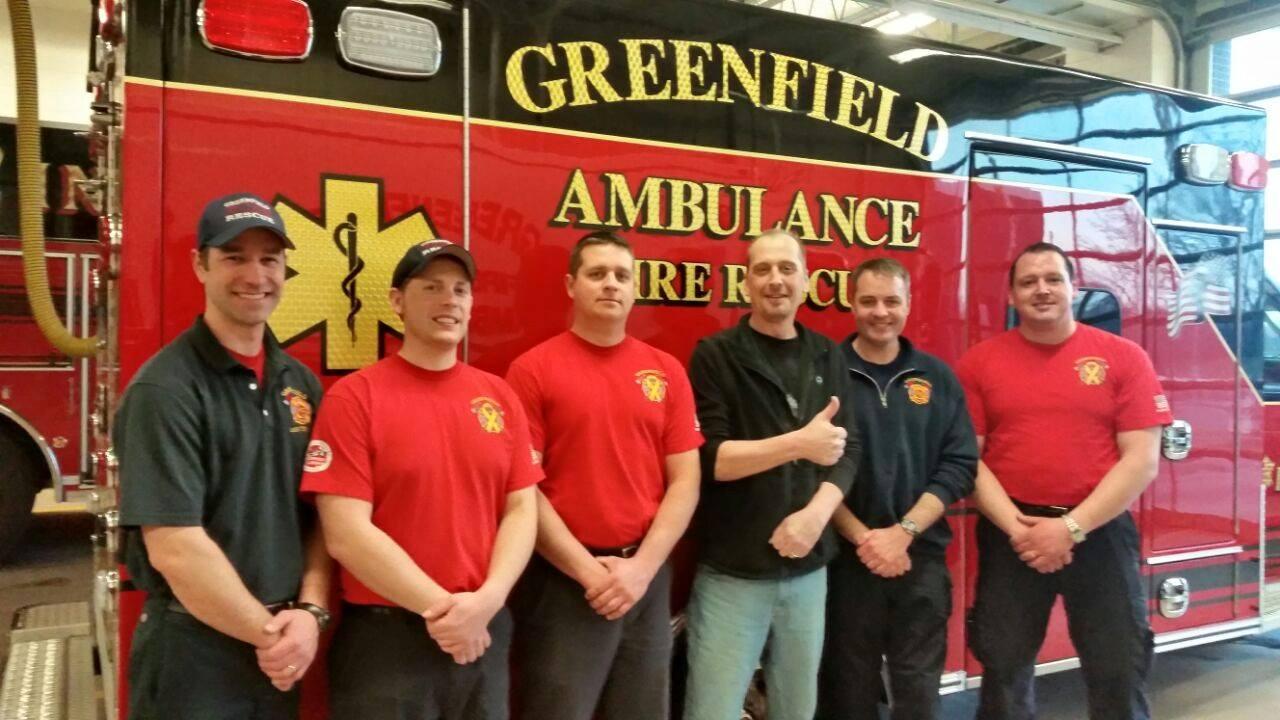 The Greenfield firefighters and paramedics who captured national attention after shoveling a patient's driveway in February, got a special visit from the patient himself.

David Paskiewicz is recovering after suffering a massive heart attack on Super Bowl Day, but paid the special visit because he says he's thankful to be alive.

Paskiewicz felt it was also important for him to personally thank the firefighters and paramedics who saved his life on that day, but who also shoveled his driveway after taking him to the hospital.

\"Just a wonderful feeling to know there is still humanity out there,\" said Paskiewicz, who never imagined his story would go viral.

\"We are a small fire department, but there are a lot of fire departments who do this on a daily basis but maybe dont have a picture, but it's going on out there all the time,\" paramedic Tom Konieczka said.

Paskiewicz plans to continue spreading the message of \"shoveling it forward\" and share his story to show how important first responders are in every community.

\"To remind people of what they do as first responders... now I know first hand just how important it is,\" Paskiewicz said.