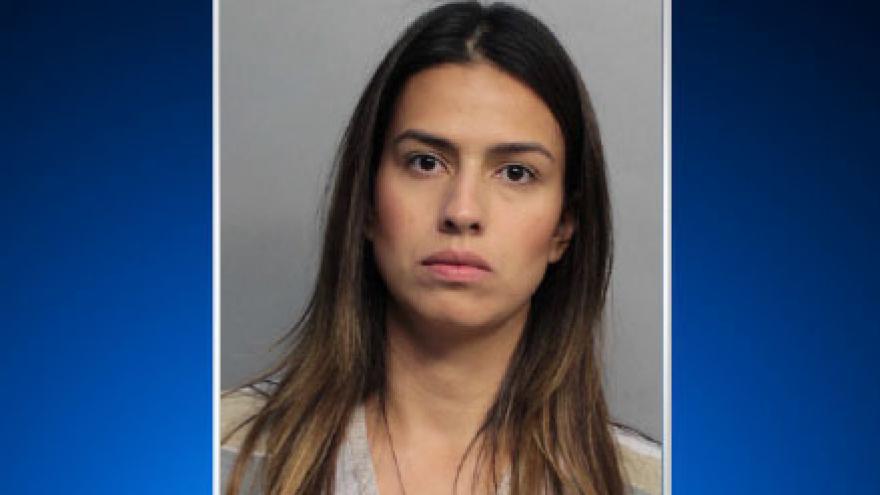 MIAMI (CBSMiami) – Suspects don’t usually say much to reporters waiting for them outside the jail. But a mother accused of child abuse had an impassioned plea for the South Florida media.

“All the news every day, you see young people – 12, 13, 14 years old – they end up in schools with guns, and in this country it’s so easy to get guns,” Miriam Rebolledo said.

“My son is rebelling so much that he killed a little animal,” she said.

Police said Rebolledo put her son’s hand on a stove as a form of punishment for hitting a student at school.

Rebolledo said she’s taken him to psychologist and has tried all forms of punishment but says she can’t seem to get through and fears the worst.

“It’s so easy to get those guns. You want my son to grow up to be a bully who beats up on kids? And he isn’t just going after boys, he bullied a girl,” she said.

In court Friday, a judge reprimanded Rebolledo, who is of Colombian descent, saying, “Maybe in Colombia, it’s OK to reprimand your child by putting their hand on a stove, but in the United States of America, it’s not.”

“What am is supposed to do? Just stay home without doing anything for my son?” Rebolledo said.

Emotional and frustrated, Rebolledo kept talking as her husband forcefully pulled her away and into the car.

“I’m a bad mom, but they don’t know the truth,” she said. “This is the kind of thing a mother has to do so that her son can grow up to be a good person tomorrow.”

For now, the judge placed her son in foster care.