Harry Reid to retire at end of his term 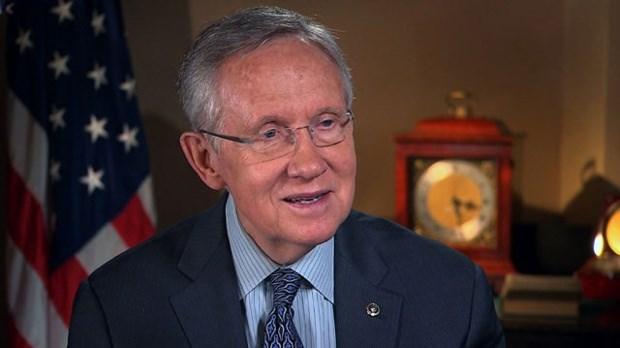 Senate Minority Leader Harry Reid said Friday he won't seek reelection in 2016, a surprise move that's certain to open a fierce battle for his seat as well as a fight to lead the Democratic party in the chamber.

The fifth-term Nevada Democrat had denied retirement rumors for months, which grew louder after he suffered serious injuries in an exercising accident on New Year's Day. He said in a video posted on Twitter and Youtube that the bruises were \"nothing,\" but added that \"this accident has caused us for the first time to have a little bit of downtime ... time to ponder and to think.\"

\"We have got to be more concerned about the country, the senate, the state of Nevada, than us. And as a result of that, I'm not going to run for reelection,\" he says in the video.

Reid was a top GOP target and expecting a fierce reelection fight, and he says in the video that he feels it would be \"inappropriate\" for him to \"soak up all those resources\" while Democrats have a real shot at taking back the Senate.

A member of Reid's staff tells CNN that the senator made the decision to retire around Christmas. Likely replacements for senate minority leader include Illinois Sen. Dick Durbin and New York Sen. Chuck Schumer.