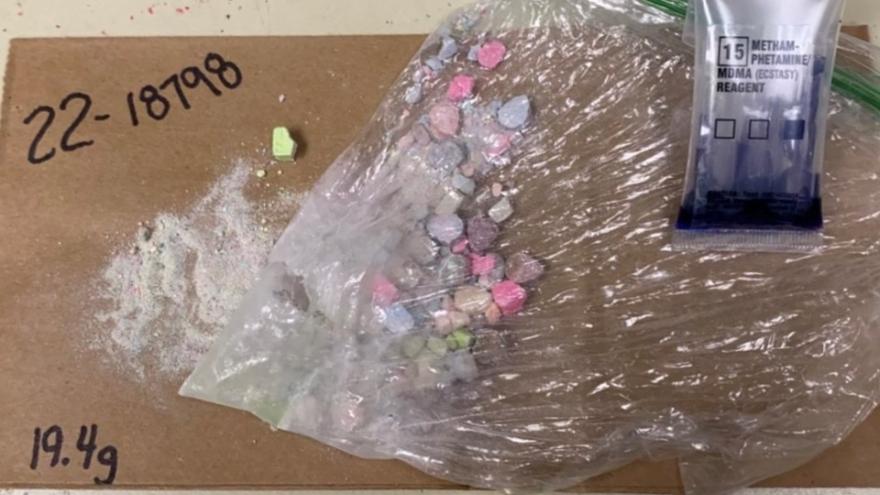 A Racine County Sheriff Deputy said they began pursuing a car at approximately 12:30 a.m. on Sunday, April 3, and that the driver slowed but would not stop traveling southbound on Interstate 41.

The deputy says that during the chase the car eventually exited southbound toward Wisconsin 20 and a bag flung from the driver's side window. Afterward, a report details that the car again entered the freeway, this time traveling northbound.

The pursuit continued until the car drove over spike strips, which another deputy had deployed near Highway K.

Once deflated, authorities say they took the driver of the vehicle into custody without further incident.

Deputies say that they recovered the bag thrown from the vehicle and the contents tested positive for methamphetamine/MDMA, which is also known as ecstasy.

Police say that the driver and sole occupant of the vehicle was Kimanzi F. McCray of Milwaukee. According to Racine County Sheriff Christopher Schmaling, McCray has been charged with fleeing and eluding, operating while impaired, operating with a revoked license – alcohol related, possession of MDMA, and a probation hold.