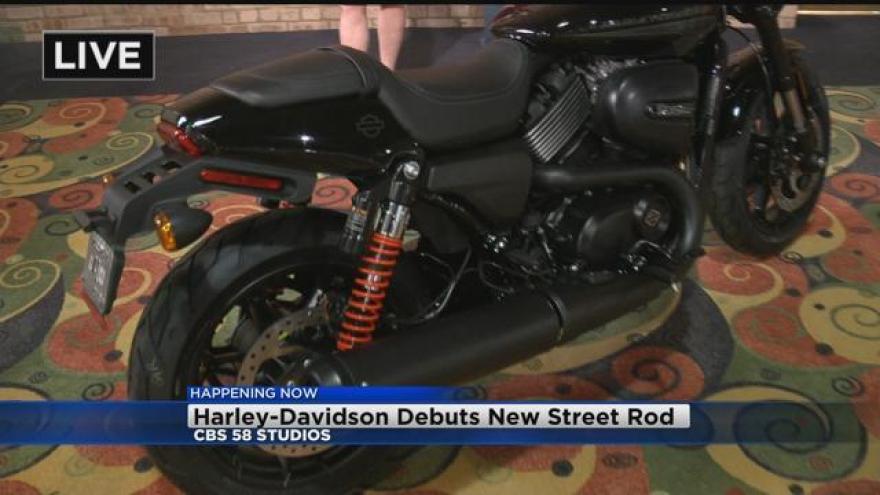 The Street Rod is designed for the urban rider, according to the company.

It has a color-matched speed screen with a black insert. Drag-style bars and bar-end mirrors make for an aggressive riding position.

Jeff Strunk of Harley-Davidson says it's always a great time when they can finally talk about a new bike that's been in the works.

"It's incredibly exciting. You can't tell everyone, even in the company or family and friends."

This is something all new for Harley-Davidson.

"The Street Rod is next motorcycle in our line up from our liquid cool, Revolution X family of motorcycles," explained Strunk.

"We've taken the engine and bumped up the power."

The bike is not all chromed out as classic Harley bikes.

The decision to unveil in vivid black was based on research from current and potential riders.

"They told us that for their urban life style, they wanted a no nonsense bike with power, performance and style," Strunk told CS 58's Michele McCormack. "And the blacked out style easier to keep clean."

Find out more information about the new motorcycle here.