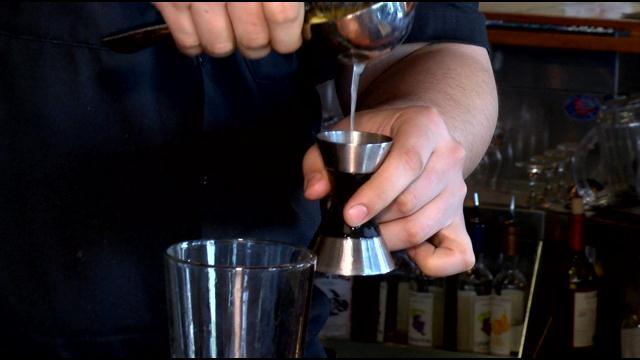 MILWAUKEE-- As bartenders shake up cocktails at great lakes distillery, pretty soon you won't need to order a drink to taste what's in the bottle.

\"You know, the point is-- we're not trying to throw a party,\" said Guy Rehorst, owner of Great Lakes Distillery in Milwaukee.

The Wisconsin House of Representatives and Senate approved a bill that allows distilleries and grocery stores to offer half-ounce samples of hard liquor.  Limit one per customer.

\"I think it's a great idea, they give opportunities to try food before they buy, why can't we try a little alcohol before we buy it,\" said Michael Faulk, a customer at the distillery.

While many are on board, some say proceed with caution.

\"I think it's just adding to the culture of Milwaukee's drinking,\" said Alisha Adkins.

Rehorst says in order for local distilleries to be competitive, they need to get their product out there.

Rehorst worked with lawmakers on the bill to help local distilleries grow their business.

\"We're currently in 26 states and most of those states allow sampling at stores, and we've seen it work it's a tremendous marketing tool,\" said Rehorst.

Rehorst says when customers spend money on spirits-- they want to know what they're paying for.

\"It helps the consumer make an informed decision,\" said Rehorst.

Mothers Against Drunk Driving told CBS-58 they have no stance on this piece of legislation.  Gov. Scott Walker is expected to sign the bill into law.