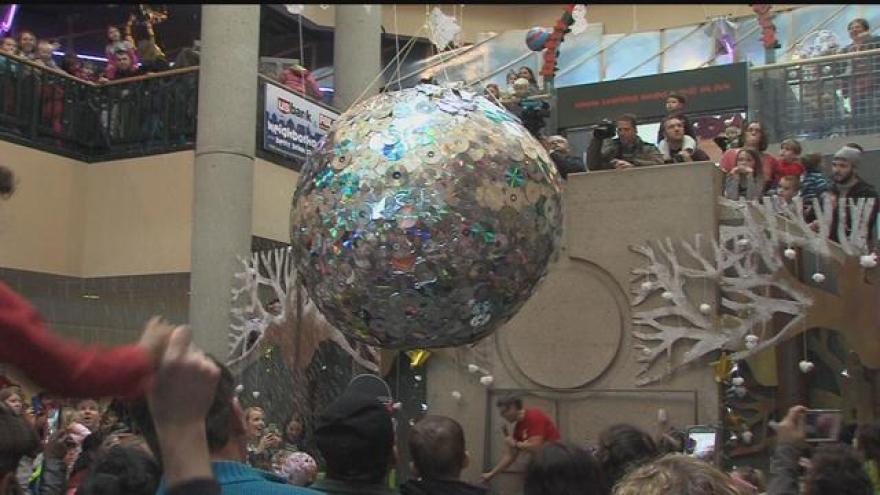 For some ten years now, the Betty Brinn Children's Museum has welcomed families to celebrate the new year when the clock strikes twelve as in noon.
A celebration complete with confetti and a juice toast.

"It's very important for children to celebrate with the adults," explained Amy Kazilsky of the museum. "Typically it is not a child centered event. It's a time for them to get in on the fun. Because we know by midnight they should be fast asleep."

The kids were full of energy and ready to dance up a storm.

Some parents admitted celebrating early was probably best for them.

"I don't that we're going to do a whole lot but hang out with the kids," admitted mom Trina Nelson. "And probably go to bed early."

Parents and their children worked together on hats and decorations.One dad told us it's a time to reflect on the year that has passed and even children can grasp the benefit of making a resolution for the new year.

"She's getting to the age now where she's beginning to understand what it is," said Dario Elia of his five year old daughter. "I think it's good to get them learning about that."

Many are regular visitors to the museum and support its work to give children a hands on learning experience.

"We try to include the kids in everything we do," said Erica Zipp. "The children's museum is such an asset to the community. It's important to us and this is what we decided to do with them."

Five year old Mallory told us the party wouldn't stop there. She planned on taking a nap and then getting in more celebration.