WAUKESHA COUNTY, Wis. (CBS 58) – Someone stole guns from a shop in the Town of Oconomowoc early Friday morning. 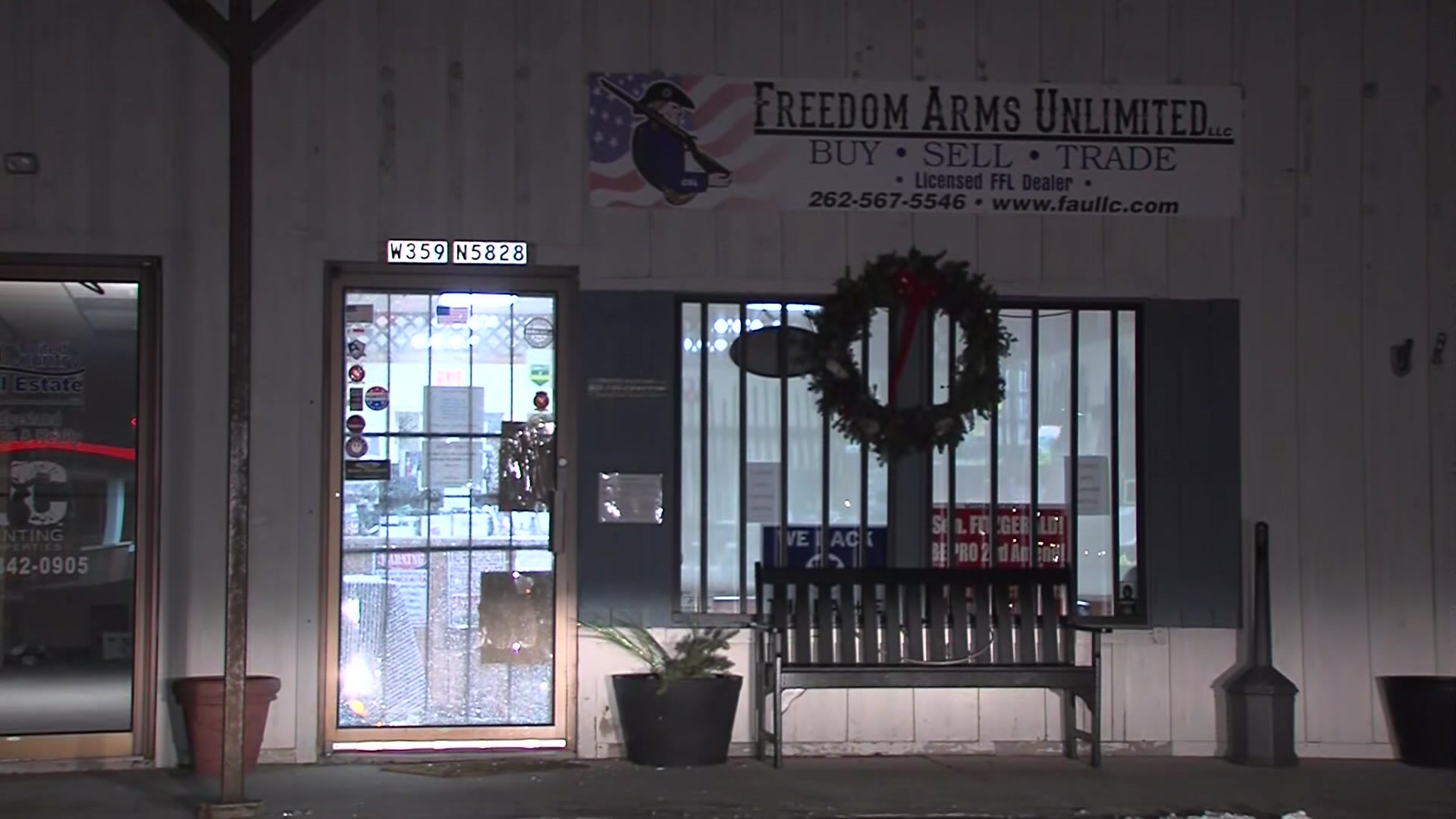 Right now, there is no description of the suspects and they’re still trying to figure out everything that was taken.

Also in Waukesha County, police believe someone tried to break into a gun store on Parklawn in Waukesha around midnight Friday.

According to police logs, suspects left footprints in the snow that led to tire tracks, and police were able to determine the the make and model the 5 men were driving.

The report states five men armed with an assault rifle and a crowbar tried breaking into the Waukesha gun shop.

The owner at "Select Fire Weaponry" says the alarm scared them away and they never got inside. He also said had they gone inside, they would have left empty handed. The shop secures firearms after business hours.

"That clock starts ticking as soon as that breach occurs, alarm is activated, and you have law enforcement responding," said Brian Dorow.

Dorow is the Dean of Criminal Justice and Homeland Security at Waukesha County Tecnhical College and says in this gun shop thefts, criminals often don't get what they came for.

"For the most part, our gun stores don't keep guns out on display after hours. Usually they are collected and put in another secure area whether it's a vault, another room..." said Dorow.

A gun shop burlary was highly publicized in April 2017 when Joeseph Jakubowski stole from a Armageddon Supplies in Janesville before mailing an anti-government manifesto President Trump, but Dorow says Jakubowski's was a unique case. Most guns that are stolen will be used for a crime by the thief or sold on the black market.

"You have to worry because that presents an officer safety concern, and at times a risk for other criminal activity to occur."

Dorow says no matter what, these guns are on the streets, but they may not be used for a crime in that community; criminals are often not from the area, possibly even out of state.

"The best case scenario is that they're gone, they moved out of the area, they don't live in that community, they were not stolen to use in that given community. So hopefully the community remains safe, and it's just an isolated incident and this group has moved on," said Dorrow.

The attempted thieves here in Waukesha are believed to be in a Gray 4-door Toyota Avalon with tinted windows.

It’s unclear if the two crimes are related.