Gun packed in a PlayStation 2 gets passenger arrested 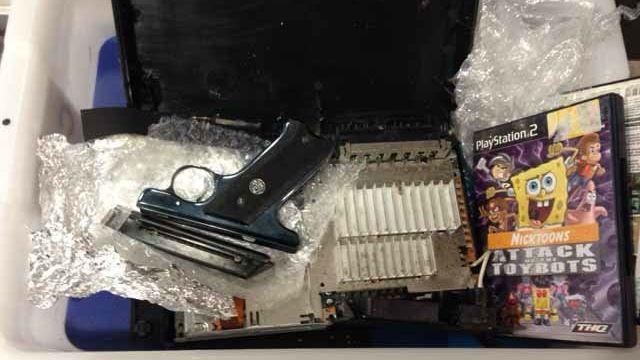 Game over for a Brooklyn man who tried to conceal parts of a .22-caliber semi-automatic handgun in a PlayStation 2.

Parts of the firearm were also packed in Ramirez's carry-on luggage alongside a tripod and other belongings, including the video game \"Nicktoons: Attack of the Toybots,\" according to the TSA. Presumably someone was planning to play after the weapon was unpacked from the PlayStation.

Ramirez was bound for Mexico City when he was arrested.

Passengers caught with guns at checkpoints may face criminal charges and penalties of up to $11,000, the TSA said.