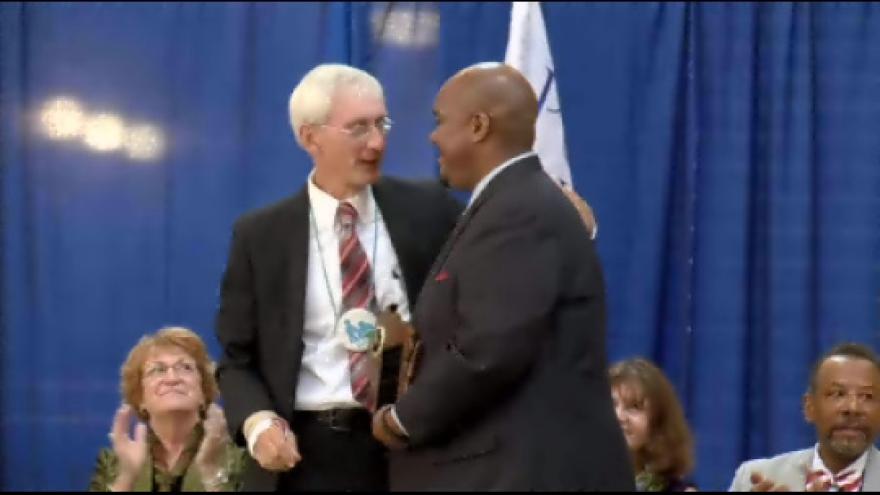 Tony Evers, State Superintendent of Public Instruction and Democratic candidate for Governor is announcing his plan to provide students at Wisconsin’s 13 two-year UW College campuses and online program with a 50 percent cut in tuition, if elected Governor in 2018. To
qualify for the tuition reduction, students would need to be Wisconsin residents and enrolled in school full-time.

Since 2010, our UW Colleges, which primarily serve out-state communities from Baraboo to Barron County and Washington County to Wood County, have suffered a 32 percent decline in enrollment. Over 60 percent of new freshmen enrolling at UW Colleges in 2016-17 were first-generation college students, with 1 out of 5 students being 24 years old or older.

"As the state that created Kindergarten in the 1850’s and the Wisconsin Idea in the 1900’s, we have a strong tradition of public education -- one that has been eroded under Governor Walker’s leadership. This is a meaningful first step toward restoring that tradition. In Walker’s stagnant economy, it’s harder than ever for folks to make ends meet with just a high school diploma. Our two-year campuses play a pivotal role in helping students stay close to home while getting the skills they need to get good-paying jobs. This proposal will help strengthen our UW Colleges, create a better-trained workforce and make college more accessible to all Wisconsinites,” Evers said.

Evers’ proposal would provide full-time students with a 50 percent tuition cut in their freshmen and sophomore years at two-year colleges, where annual tuition is currently $4,750. The proposal is expected to cost less than $20 million a year and would provide substantial financial relief to thousands of Wisconsinites.

“As the saying goes, budgets are about priorities. Scott Walker and legislative Republicans are fine with giving 11 multimillionaires $22 million in tax breaks, without requiring them to create a single job. I believe we can spend that money better. Instead of helping millionaires get richer, we can use this money to help make college a reality for thousands of Wisconsinites. We must invest in the people and communities of this state to move Wisconsin forward again,” Evers said.

Evers is also pledging to include the “Higher Ed, Lower Debt” proposal in his first budget as Governor, which would allow over 800,000 Wisconsinites to refinance their student loans like a home mortgage. Thanks to Walker’s policies, Wisconsin now ranks among the five worst states in the nation for percentage of college graduates with student loan debt. Seventy percent of the class of 2015 in Wisconsin is graduating with debt, averaging nearly $30,000 per student. “Our young people should not be forced to deal with a mountain of debt just as they are starting to build careers and families,” Evers said. “We simply must make this common-sense investment in the next generation of leaders,” Evers concluded.