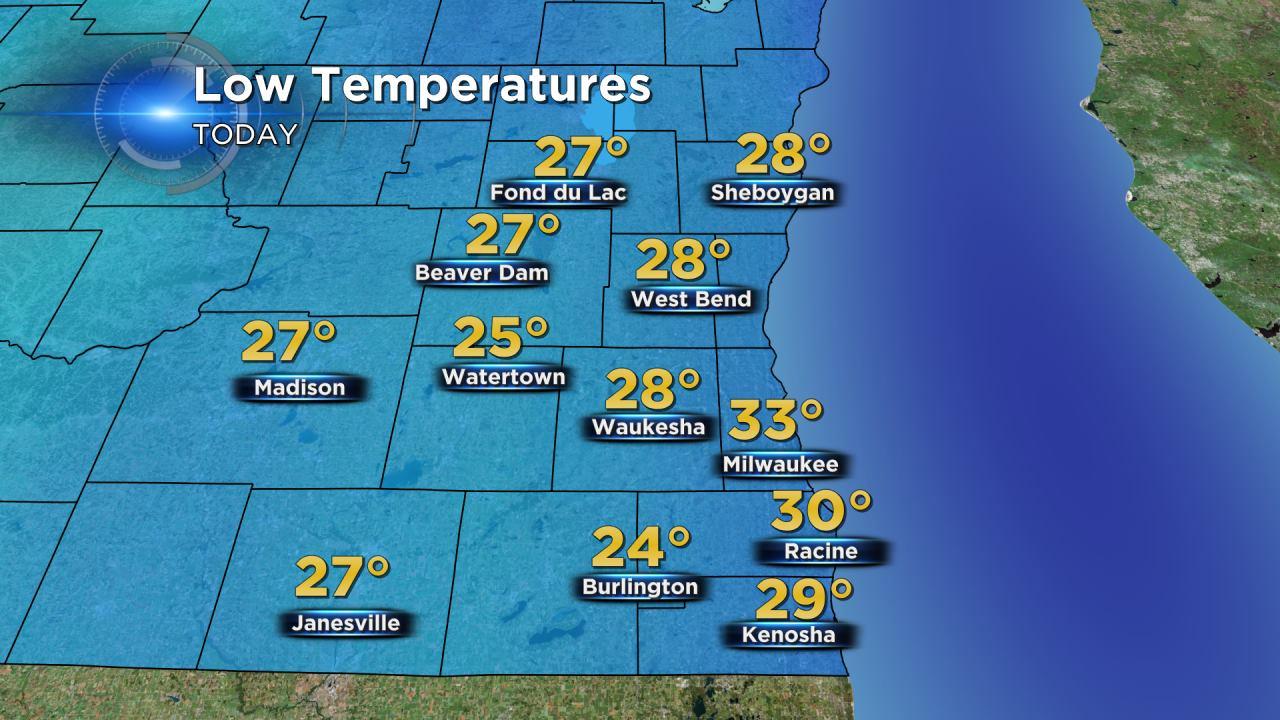 Freeze warnings were in full effect Friday night expiring Saturday morning and they came to fruition with plenty of inland communities cooling into the 20s and despite a Lake Michigan water temperature in the 50s, lakeside cities cooled down to the lower 30s.

The only city to not officially reach freezing was Milwaukee, but after an analysis of weather stations throughout Milwaukee County, the National Weather Service concluded that enough of the county was below freezing for more than a few hours to officially end the growing season.

If you happened to heave a hearty plant that was able to survive last night's freeze, make sure to cover it up Saturday night as temperatures are once again expected to reach the 20s and low 30s in Southeast Wisconsin.

PS If you aren't a fan of the colder air, high temperatures return to near 70° for the beginning of the work week.