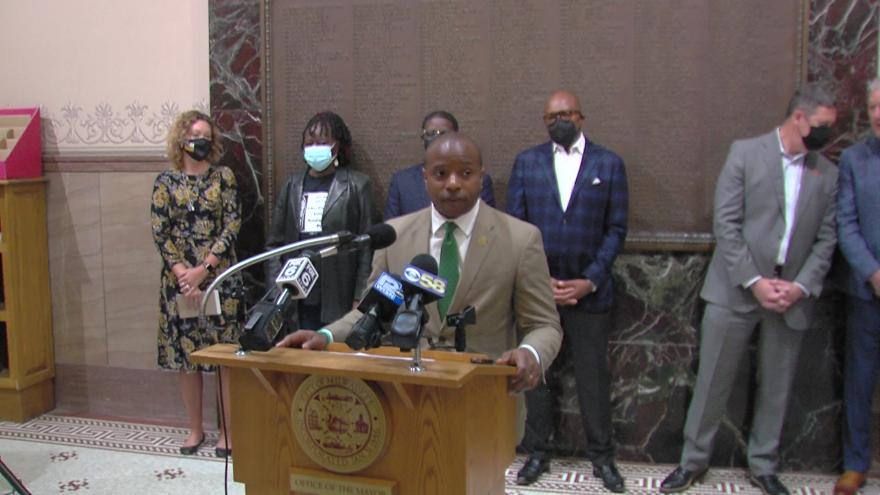 MILWAUKEE (CBS 58) -- A coalition of groups called on city leaders to reject hosting the 2024 Republican National Convention, just one day before the Common Council's Steering & Rules Committee is set to vote on the event's contract.

The groups who published the open letter included Voces de la Frontera Action, SEIU of Wisconsin, Power to the Pools, the Milwaukee Area Labor Council and Never Again is Now.

"The Republican Party, both nationally and in Wisconsin, has become an organization that supports White Supremacists, the violent attempted coup at the US Capitol to overthrow a democratic election, and continues to engineer new ways to undermine fair and democratic elections," the letter says.

The letter goes on to say, "We take seriously the challenge to view issues through the twin lenses of 'equity and race;' welcoming the current version of the Republican Party to Milwaukee does not meet that challenge. It undermines it."

Mayor Cavalier Johnson responded to the concerns in the letter when speaking to reporters Tuesday morning.

.@MayorOfMKE Cavalier Johnson responded to the concerns in the letter speaking to reporters Tuesday morning, saying pursuing to host the RNC is a, "business decision." pic.twitter.com/TB5bqq5Dy3

Milwaukee is one of two finalists to host the RNC, along with Nashville.

The Common Council's Steering & Rules Committee is set to vote on the contract with the RNC on Wednesday.

The Republican Party Of Wisconsin responded to this statement saying:

“A potential 2024 Republican National Convention in Milwaukee has enjoyed bipartisan support from elected officials including the Governor, Milwaukee Mayor, Milwaukee County Executive, and others. It is supported by the business community as well as the public, and would bring hundreds of millions of dollars to Wisconsin. These Democrat-led groups are doing themselves and Wisconsinites a tremendous disservice by disingenuously pushing false, tired talking points for political reasons at the Milwaukee community’s expense.” – Republican Party of Wisconsin Chairman Paul Farrow