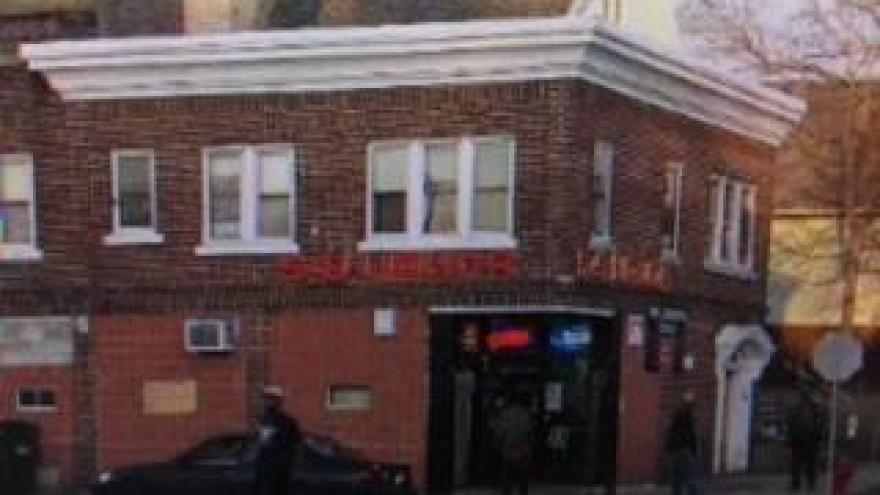 Neighbors on 27th and Auer say S&S Liquor  brings nothing but trouble and needs to go. On Wednesday a group went door to door collecting signatures to take to the city. It's a story exclusive to CBS 58.
People say as individuals they've complained to the city about loitering and gambling outside of the store is a major source of violence in the neighborhood. However, they hope together they'll be heard and change will happen.

On 27th and Auer a scene with police lights, an ambulance and bullet markers is nothing new. In fact - a 28 year old was shot multiple times on Friday February 17th.

"How the gunshots gone stop?" says Shawnda Payne, who is leading a group who says the answer is simple, get rid of S&S liquor store.
"I want my kids to just be able to ride their bikes. And I don't have to worry about them dying," says Payne.

Others who live in the Amani neighborhood agree and are willingly signing a petition to pull it's license.
"When you've got grown men hanging out at the liquor store it makes it hard for even the patrons to come in and want to buy anything," says Pastor Micky McClinton who is one of those people.

McClinton says he grew up on 29th and Auer, just a few blocks from a church on 26th and Auer that sat empty for several years. He re-opened the church three months ago and named it God's Hands hoping to make a difference in the community.

"The last three months have been a lot of shooting a lot of gang violence. Just a lot of chaos. I hope the petition shuts the store down," says McClinton who told us he'd heard gunshots just hours before our interview.

District 7 Alderman Khalif Rainey says the owners went to Amani's Neighborhood Safety Meetings and had an opportunity to participate in the city's Crime Prevention Through Environmental Design Program. CPTED, is a program to help businesses design a space to discourage criminal activity.

Alderman Rainey says complaints against S&S Liquor Store are nothing new, but in the last month or so the number of complaints has increased. He says he encourages citizens to stand up and say what they would like to see in their neighborhood. However, at the end of the day, there are other liquor stores within Milwaukee's city limits that don't have these issues, and its up to the owners at S&S to reflect on how they can be a positive force in the community.

"Down in Amani where S&S is located we are in the midst of a resurgence. Anybody that is going to be in our neighborhood that includes businesses, we anticipate they come to the table and help us figure out how we improve our neighborhood," says Alderman Rainey.

The city's license committee meets once per year to review licenses for businesses throughout the city. However, the meting for this year happened February 14, 2017 and there is no record of the committee reviewing S&S Liquor. Alderman Rainey says every citizen has a right to request with a sworn complaint to the City Clerk's Office, any alcohol license of any establishment in the city of Milwaukee, if they feel that business does not improve the quality of life or is a detriment to the quality of life of people in that neighborhood.

We did speak to a store employee who says they ask people to leave from in front of the store. However, people either don't listen to him or they leave for a while and then come back. That store employee says he needs more help from Milwaukee Police. We have put in a Freedom of Information Act Request for information regarding the number of service calls that area has received in the last two years, and are awaiting a response.