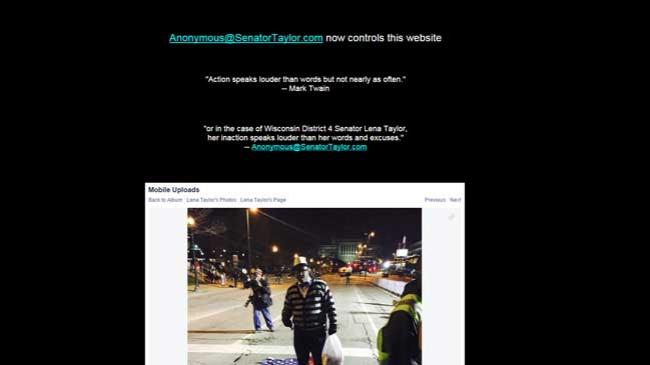 The group claiming to be Anonymous has claimed to have hacked Senator Lena Taylor’s website.

The website has images from the protest during the Republican National Debate in Milwaukee.

“Perhaps you could learn something from people who honor and respect their country. Love it or leave it Senator Lena Taylor, we will buy you a one-way ticket out if you want,” wrote the group on the page.

CBS 58 has reached out to Senator Lena Taylor for comment.