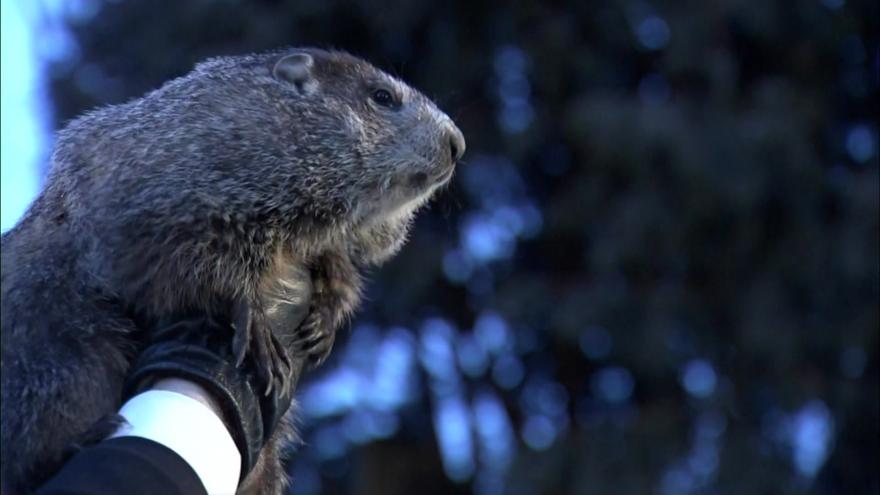 At 7:18 a.m. (EST), just after sunrise, the rodent emerged from his box to the cheers of thousands in the crowd.

In reality, Phil's prediction is decided ahead of time by the group on Gobbler's Knob, a tiny hill just outside of Punxsutawney. That's about 65 miles northeast of Pittsburgh.

The tradition of employing animals to predict the weather at this time of year goes back much farther than that, CBS Philly reports.

In pre-Christian times, it was the festival of Light. The Celts called it "Imbolc" — the midpoint between winter and spring.

The Germans believed if a badger came out of hibernation in foul weather, spring was on its way, and if it were sunny, he'd scurry back to his burrow, because winter wasn't done.

When German colonists arrive, there were no badgers in the East, so they drafted the groundhog to do the prognosticating.

In the 1880s a western Pennsylvania newspaper editor hatched the Groundhog day idea, sold town fathers on it, and the Punxsutawney Groundhog Club — and the holiday — were born.