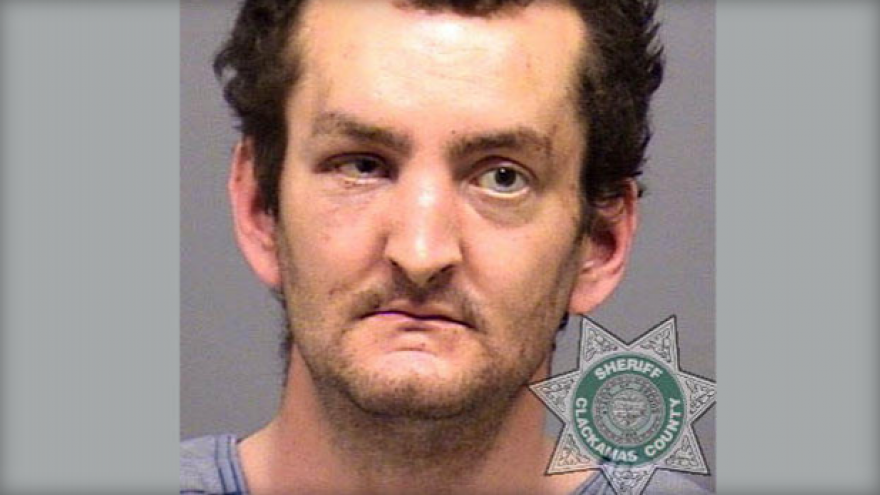 ESTACADA, Ore. -- Deputies in Oregon say a man who stabbed and wounded an employee inside a grocery store Sunday was carrying a severed head, reports CBS affiliate KOIN.

A 911 caller told deputies the man walked into Harvest Market Thriftway in Estacada around 2:15 p.m. He was reportedly "covered in blood" and holding "a knife and what looked like a human head," the station reports.

Witnesses say the suspect stabbed a store employee who was airlifted to a medical center with critical injuries. Other workers reportedly held the suspect down until authorities arrived and took him into custody.

Police described him as "catatonic," the station reports. Police later identified him as 36-year-old Joshua Webb.

Clackamas County sheriff's deputies confirm Webb is suspected in the death of his mother, 59-year-old Tina Marie Webb, found at a home in Colton, about 12 miles away. A relative found the woman's body and called 911 about 15 minutes after the grocery store stabbing attack, reports the station.

The suspect's car was seen still running in the parking lot, cordoned off by crime scene tape. The grocery store stabbing victim was alert and talking when he was transported to the hospital, deputies told the station.

"We saw panicking people rushing for their vehicles, vehicles trying to get out all at one time," witness Kristin Courtain told KOIN.

Residents expressed shock over the attack.

"I hope the person, honest to God, the suspect gets the help he needs," Courtain said.