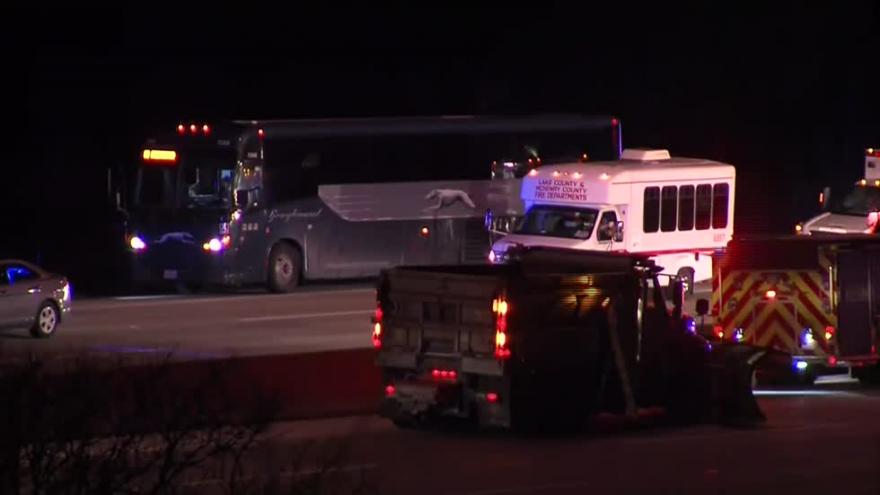 RACINE COUNTY, Wis. (CBS 58) – The driver of a Greyhound bus has now been charged after failing to stop for police after a man onboard was threatening passengers.

Daniel Mengestu, 46, is facing charges of attempting to flee or elude a traffic officer.

Back in January, deputies from the Racine Sheriff’s Department attempted to stop a Greyhound bus that was southbound on I-94 in Racine County.

The bus continued through Kenosha County and into Illinois before it stopped due to spikes that were deployed.

According to the criminal complaint, Mengestu said he saw police cars following him but chose not to stop because he believed it was a training exercise.

Margarito Vargas-Rojas has previously been charged in the case after allegedly getting into an argument with at least two people on the bus and making threats to kill them, saying he had a gun.

There were 37 people on board the bus including the suspect and driver.