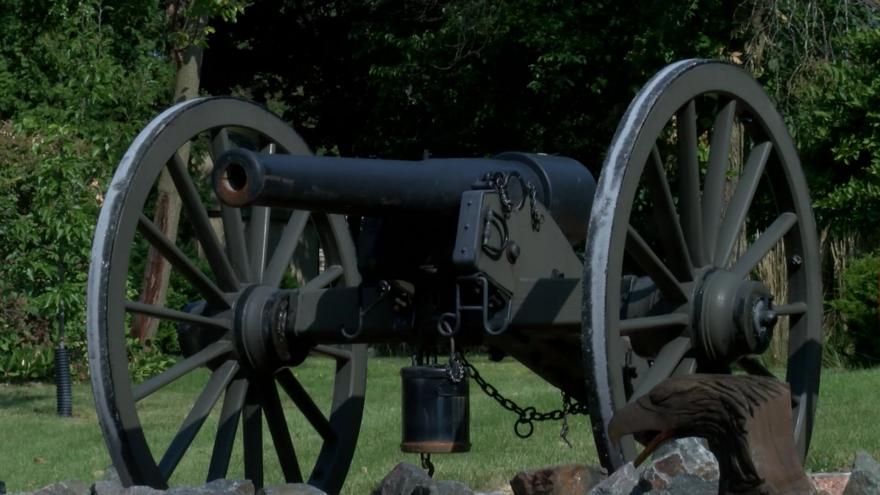 Markel says he's "just trying to celebrate our independence and put a little patriotism in everybody."

He's gotten push-back from the city of Greenfield ever since moving there.

He's still fighting it and plans to fire the cannons again on his front lawn Thursday.