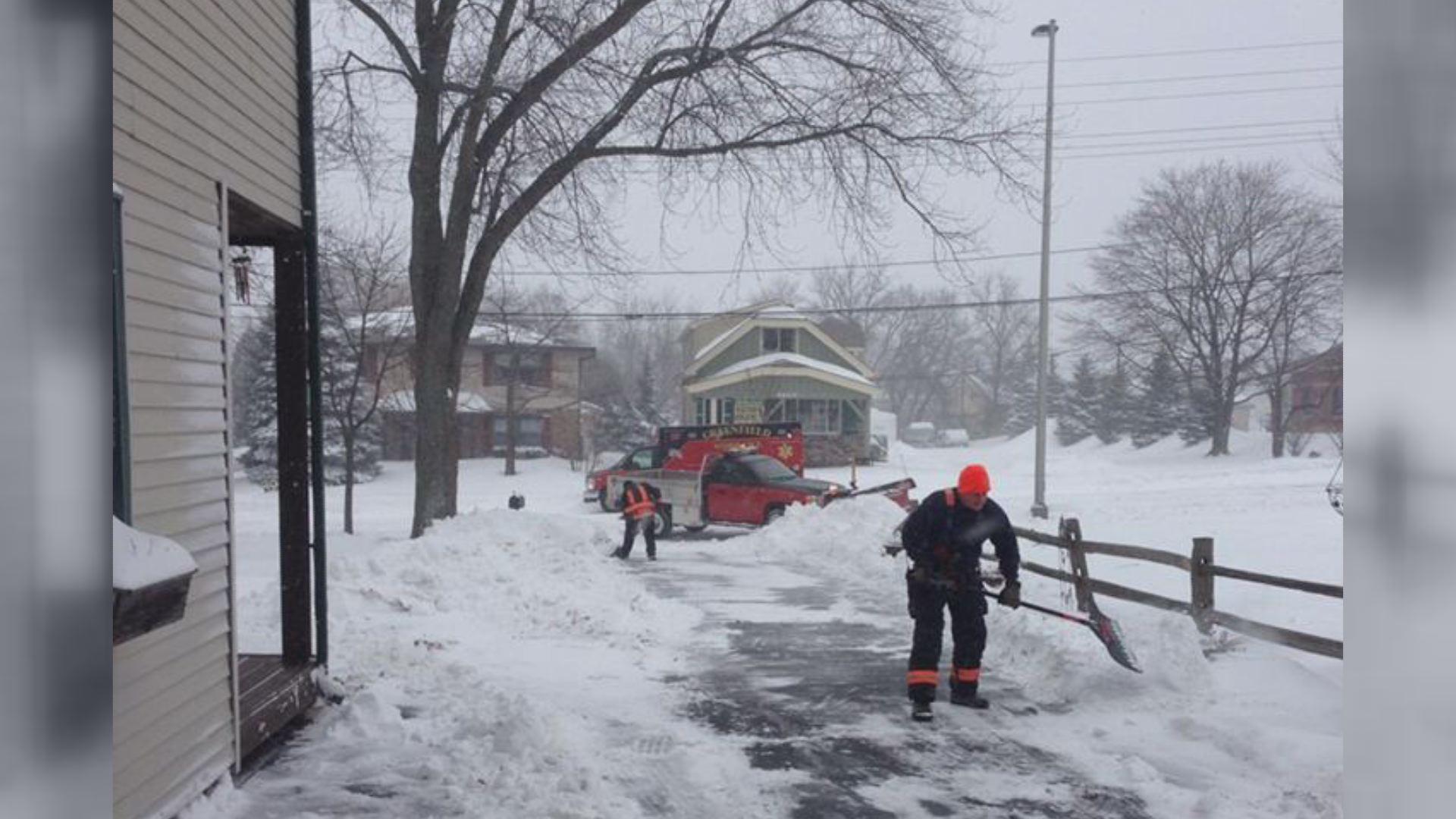 Fire fighters in Greenfield went above the call of duty on Sunday during the snow storm.

They were called to a man's home on 68th street after he had a cardiac emergency while shoveling his driveway.

The man was rushed to the hospital after life saving measures were taken by first responders.

The fire fighters decided to go back to the man's home and finish shoveling his driveway for him.

Fire Chief Jon Cohn said the selflessness of the fire fighters stems from their motto \"do the right thing\".

The chief hopes that this idea of \"shoveling it forward\" catches on this winter and every winter after.

CBS 58 was told this man is still in the hospital.

A 62-year-old man from West Allis, who was snow blowing, also died.

ME's Office says that all three had previous medical histories.