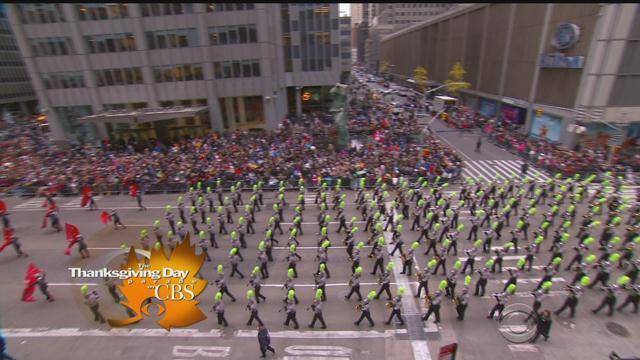 For 18 months, students have practicing to perform in the prestigious Macy's Thanksgiving Day Parade. About 900 people from their hometown made the trip to New York City too.

"Every few blocks I'd see one or two Greendale signs," Busalacchi said. "So it was really cool seeing all of that support."

It wasn't all business in The Big Apple.

The 270 band members visited Ellis Island, the 9/11 memorial, Times Square and much more.

Eventually, duty called. After their final rehearsal in Connecticut, it was time for the big show Thursday morning.

"We had a rehearsal in front of the cameras at 3:30 a.m. on the streets of New York," Reifenberg said. "Then go get breakfast, then up for the start of the parade."

"It was a lot shorter than I thought it was going to be," said Busalacchi. "I think it's because everyone was so excited."

"Seeing them start to have fun with it as the parade kept going that was probably my favorite moment," said Reifenberg.

The Greendale Marching Band was one of just seven schools chosen for the honor.

They want to thank everyone who helped them raise more than $140,000 for the trip.