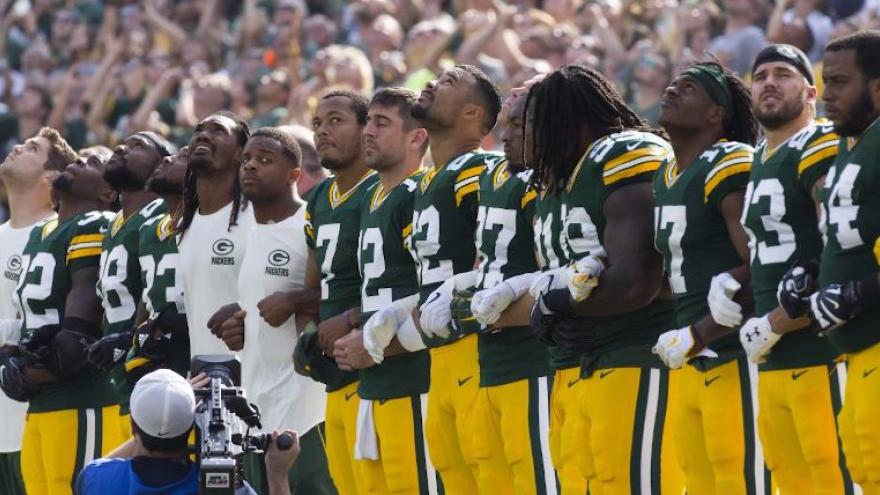 GREEN BAY, Wis. (AP) — Green Bay police say they'll have more officers on the field than usual during a planned show of unity before the Green Bay Packers game at Lambeau Field.

The Packers say players, coaches and staff will link arms during the national anthem before Thursday night's game against the Chicago Bears — and the team is hoping fans will do the same.

The players say the image they hope to portray is unity for those who have been unjustly treated.