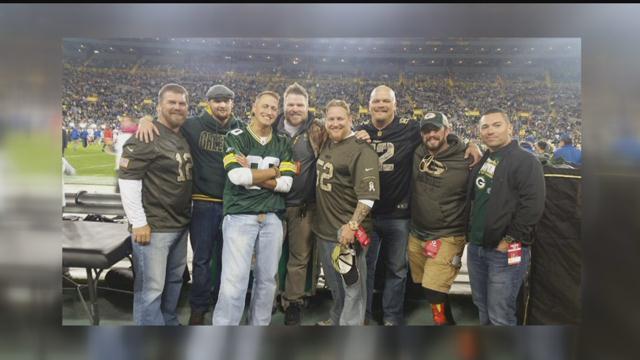 On Sunday, the Green Bay Packers and WPS continued their tradition of honoring veterans by inviting six Army and Marine veterans on the field before the game started.

One of those veterans was Corporal Jeremy Stengel. He served our country for seven years, during which he was injured in Iraq. During a routine IED sweep, the Humvee he was in traveled over a plate IED and Stengel was injured, losing a leg. He is a Purple Heart recipient and was honored for his service at the Packers game along with five others.