Grandmother and Her Grandchildren Killed in Police Chase 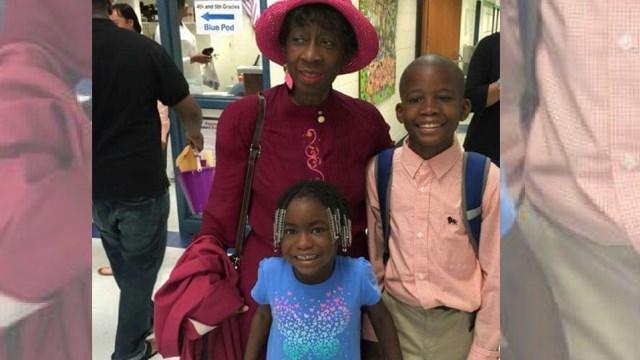 A 75-year-old woman and two children were killed in the crash that began with a pursuit of a stolen SUV in College Park, according to authorities. Police have identified the victims as Dorothy Wright, 75, of Atlanta and her grandchildren Cameron Costner, 12, and Layla Partidge, 6, both of Fayetteville.

Police said a man stole the SUV from the Westin Hotel near Hartsfield-Jackson Atlanta International Airport and attempted to flee when police tried to pull him over.

"What we don't know is if the vehicle was taken during a carjacking, whether it was taken by force, but what we do know is it was taken from the immediate presence of the victim in this case," said College Park Police Chief Keith Meadows.

Police said the driver fled toward Atlanta, which led officers to contact Atlanta police and the Georgia State Patrol. The crash happened near Gordon Street and Rogers Avenue in southwest Atlanta after the driver made a U-turn, drove two blocks, and struck a vehicle occupied by the three victims, police said.

Police said the suspect in the stolen vehicle ran from the crash scene and is still on the loose.

"Our officer elected to give CPR and first aid and medical treatment to the victims in this case," said Meadows.

Layla's body wasn't found until hours later and family members are puzzled as to why. Family believes she was thrown from the car and that authorities didn't realize at the time that there was a second child involved.

Wright, at the time of the crash, was on her way to First Peter AME Church with her grandchildren.

Cameron was a sixth grade student at Bennett's Mill Middle School in Fayetteville. His siblings said he was "brilliant" and a very good student.

Layla, a kindergartner at Fayette Elementary School, had just earned a new belt in Tae Kwon Do.

Medows said outside agencies will investigate.

"Our policy is that we're able to chase for forcible felonies," he added. "We've called in the Fulton County District Attorney's office along with the Georgia State Patrol. The GBI has been notified of the incident and we expect our officers to cooperate with the investigation at this point."

Police believe the suspect may have sustained injuries in the crash. They are urging anyone with details in this case to contact police.