Granddad: Jayme Closs has no link to suspected kidnapper 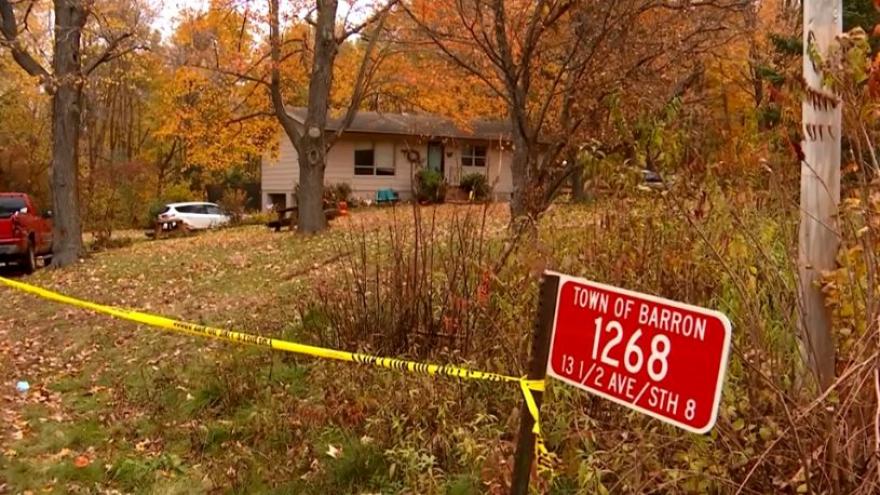 MADISON, Wis. (AP) — The grandfather of a northwestern Wisconsin girl who authorities say was abducted during a home invasion that left her parents dead said Saturday that the family has no connection to the suspect and doesn't understand why he targeted her, deepening a mystery that has captivated the state for months.

Someone blasted open the door of James and Denise Closs' home near Barron with a shotgun in October , gunned the couple down and made off with their 13-year-old daughter, Jayme Closs.

Jayme had been missing for nearly three months Thursday when she approached a stranger near the small, isolated north woods town of Gordon and pleaded for help . Officers arrested 21-year-old Jake Thomas Patterson minutes later based on Jayme's description of his vehicle. He was jailed on suspicion of kidnapping and homicide.

Investigators have said Patterson's goal was to kidnap Jayme, but he appears to have no connection to the family. Jayme's grandfather Robert Naiberg said in a telephone interview Saturday that the only thing the family knows for sure is that no one knew Patterson. He said Jayme told FBI agents she didn't know him at all.

"He didn't know Jayme, he didn't know Denise or Jim," Naiberg said. "(Jayme) don't know him from Adam. (But) he knew what he was doing. We don't know if he was stalking her or what. Did he see her somewhere?"

Patterson attorneys Charles Glynn and Richard Jones said in a statement they consider the situation "very tragic" and that they are relying on the court system to treat their client fairly. Charges are expected against Patterson on Monday, when he is expected to make his initial appearance in court.

The news that Jayme was safe set off joy and relief in her hometown of Barron, population 3,300 and about 60 miles (100 kilometers) from where she was found. The discovery ended an all-out search that gripped the state, with many people fearing the worst the longer she was missing.

"Jayme had a pretty good night sleep it was great to know she was next to me all night what a great feeling to have her home. As a family we will get through all of the healing process Jayme has. It will be a long road but we are family strong and we love this little girl so much!!"

Another aunt, Sue Naiberg Allard, posted that Jayme got "the most awaited hug ever" when she returned home.

Jayme told one of the neighbors in Gordon who took her in that she had walked away from a cabin where she had been held captive.

"She said that this person's name was Jake Patterson, 'he killed my parents and took me,'" said another neighbor, Kristin Kasinskas. "She did not talk about why or how. She said she did not know him."

Barron County Sheriff Chris Fitzgerald said investigators are trying to figure out what happened to Jayme during her captivity and why she was seized, and gave no details on how she escaped except to say Patterson was not home at the time. He said there is no evidence Patterson knew Jayme or her family or had been in contact with her on social media.

"I know all of you are searching for the answer why any of this happened," Fitzgerald said. "Believe me, so are we."

The sheriff said he didn't know whether Jayme had been physically abused.

Patterson took measures to avoid leaving evidence at the scene, including shaving his head beforehand, and a shotgun was recovered from the home where Jayme was believed held, Fitzgerald said.

Property records show that the cabin belonged to Patterson's father at the time of Jayme's disappearance.

The cabin is in Eau Claire Acres, a development about 10 miles (16 kilometers) outside the tiny town of Gordon, nestled in the dense evergreen forests of northwestern Wisconsin that are popular with vacationers in the summer and snowmobilers and ATV riders in the winter. Law enforcement barricades blocked the road leading to the property Saturday.

Naiberg, Jayme's grandfather, said he spent a few hours with her on Friday. No one pressed her to talk, he said, adding that FBI agents and doctors advised them to let her speak when she's ready. He said she was largely silent and did not talk about how Patterson had kept her confined.

Patterson, who was unemployed, remained largely an enigma Saturday.

He has no criminal record, the sheriff said. He worked for one day in 2016 at the same Jennie-O turkey plant in Barron as Jayme's parents. But the sheriff said it did not appear Patterson interacted with the couple during his brief time there.

Over the past few months, detectives pursued thousands of tips, watched dozens of surveillance videos and conducted numerous searches for Jayme, including one that drew 2,000 volunteers but yielded no clues.

In November, the sheriff said he kept similar cases in the back of his mind as he worked to find Jayme, including the abduction of Elizabeth Smart, who was 14 when she was taken from her Salt Lake City home in 2002. Smart was rescued nine months later after witnesses recognized her abductors on an "America's Most Wanted" episode.