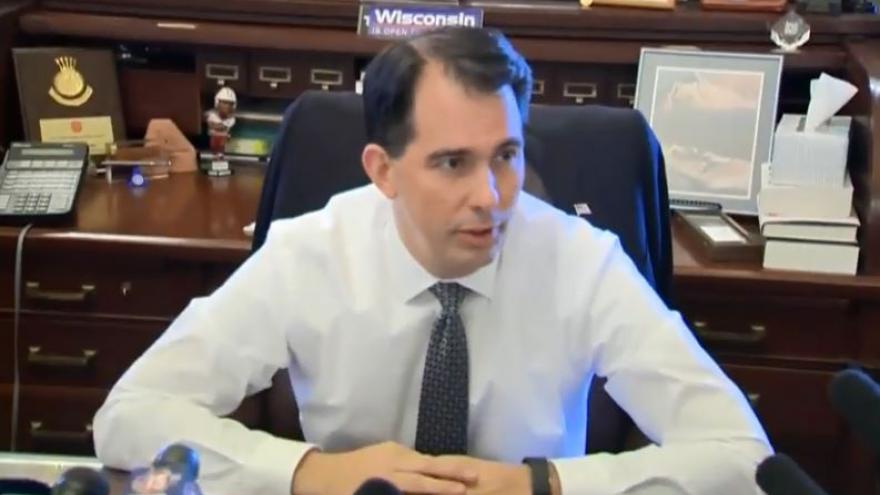 MADISON, Wis. (CBS 58) -- Governor Scott Walker addressed the media for the first time since the election Thursday afternoon. It's been more than a week since he lost his bid for re-election.

Governor Walker says his legacy as governor are the conservative reforms he's made over the past eight years. He also said he'd be okay if this past election was his last.

Walker says he didn't see the election as voters rejecting him. He said 30,000 more people voted for him than in 2014, but this was a higher turnout.

He said he is open to some proposals from the legislature to limit Evers' power, but he thinks they've been blown out of proportion. He also says he doesn't plan to pass anything major on the way out. He's happy with what he's passed in his eight years as governor.

"For me, it's been a remarkable opportunity. People ask what's the one thing we want to be remembered for, for me, it's simple reform. We look at the reforms we put in place and the mess we inherited when we came in here," Gov. Scott Walker (R) Wisconsin said.

Walker says he hasn't given any thought about what he'll do next, but right now, he doesn't want to go to Washington.