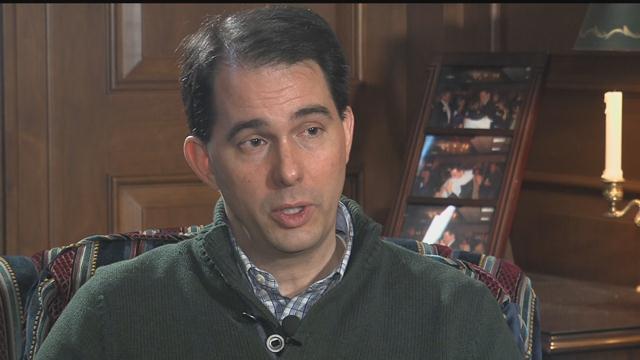 Michele McCormack had a one-on-one interview with Governor Scott Walker his first of 2016.

Governor spoke at length about his decision not to pardon to Steven Avery and said he expects to face increased pressure to look at the case.

Walker said he has not watched the “Making the Murderer” documentary and has no intention to watch it.

Walker said he does not issue pardons because he does not believe as a governor he should undermine the judicial process. He said that a jury of Avery’s peers made the decision from the evidence.

“Now if new evidence is available that proved someone is innocent, there is a process in the courts. In fact, Steven Avery used it in his initial case when he was proven to be innocent and freed from his confinement. The same type of evidence, DNA wise, that they used to prove his innocence was the same type of evidence the court later used to prove he was guilty in this case. And my belief is if someone is innocent, the court process has repeatedly shown that it takes in a count that and if someone is not it really is a decision that should ultimately stand,” said Walker.

Walker was asked if there was anything from the Making a Murderer Documentary that would  make him call for an investigation into the conduct of public officials.

“The bottom line is that crime happened a decade ago which Steven Avery was convicted of and the trial happened shortly there-after and the former two attorney generals back looked into this  and the case was appealed all the way to the Supreme Court. For me, my understanding throughout this legal process there has been no new evidence brought up through these documentaries or anything else out there that would further prove his innocence,” said Walker.