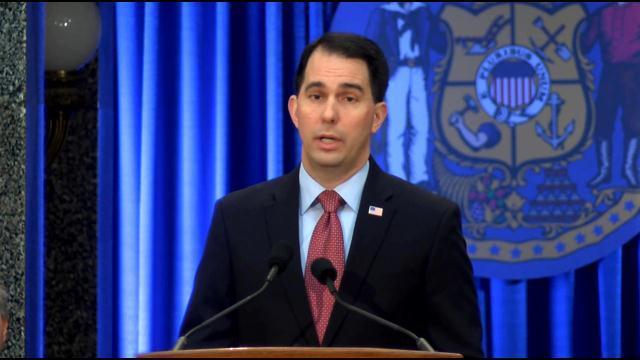 Governor Scott Walker said Wisconsin is now more free and prosperous than it was when he delivered his first inaugural address four years ago.  The Republican governor was sworn-in to his second term during a ceremony Monday in the State Capitol rotunda.  Sons, Matt and Alex Walker, served as masters of ceremony.  \"Our children are leading this inauguration ceremony as a reminder of our big dreams for them and for the future of this great state\" Walker said.

Governor Walker pledged to create more jobs by building a more skilled workforce through quality education and reducing the size and scope of government.  Walker said, \"State agencies will be merged to make them more effective, more efficient, and more accountable to the public. We will continue to weed out waste, fraud, and abuse. Budgets will be set based on the taxpayers' ability to pay and not on the government's ability to spend.\"

The potential candidate for the 2016 race for the White House said the source of hope for the country comes from states like Wisconsin, not the federal government.  \"In contrast to the politicians along the Potomac, we get things done here in the Badger state. There is a clear contrast between Washington and Wisconsin.\"

Governor Walker will offer specifics about what he called his \"grand vision\" for the future during his upcoming State of the State Address.