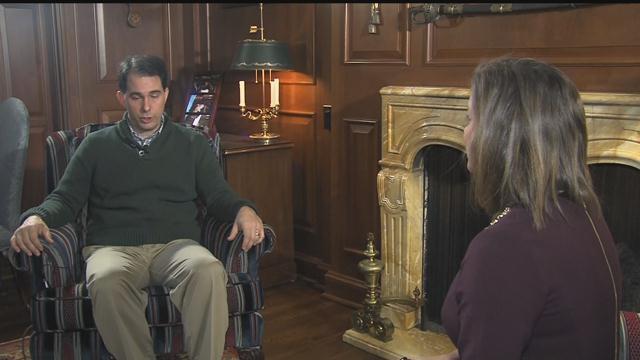 Governor Walker is still watching the GOP campaign closely and a lot of people are wondering which one of the remaining candidates he will endorse.

That’s one of the subjects anchor Michele McCormack talked about during an extended interview with the governor.

Walker said Chris Christie and him are good friends, but he hasn’t endorsed him yet.

Walker said he talks to Christie, Rubio, Bush and Cruz. But he hasn’t spoken with Donald Trump.

“I haven’t talked to him since I was in the campaign,” said Walker.

Walker said if he endorses it would be before April, but it would not be any sooner.

“Like a lot of voters a lot of people are still up in there,” said Walker.

Walker said he does plan on being part of the GOP convention but he does not have plans to speak at the convention.