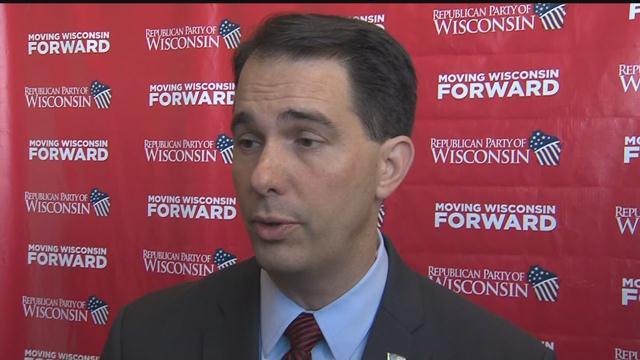 On Thursday he's talking about Ted Cruz the candidate he initially endorsed for the nomination.

Walker talked a lot about his own speech this morning.

Walker said to the Wisconsin delegation that America can only do better with Donald Trump and Mike Pence in the White House.

Ted Cruz name didn't come up this morning at the breakfast, but Walker took questions from the media after.

Cruz has told the Texas delegation he wouldn't endorse Trump partly because Trump insulted Cruz's father and wife during the GOP primary.

That's where Walker reacted to Cruz' decision not to endorse Donald Trump.

“To me that will be left up to the voters and particularly delegates to respond. I'll let him between now and November justify his position," said Walker.

Walker also said he didn't think about the personal attacks Trump launched at him early on in the campaign. He said instead he did what he felt was right for his state and country.

"Well in terms of attacks against me… I'm a big boy… I can handle that. I'm interested in doing what's right for my state… what's right for my country. So I get that people in campaigns get worked up about attacks against themselves and others,  but I would argue I think within the last five years I've been attacked more than any Republicans here," said Walker.
Share this article: