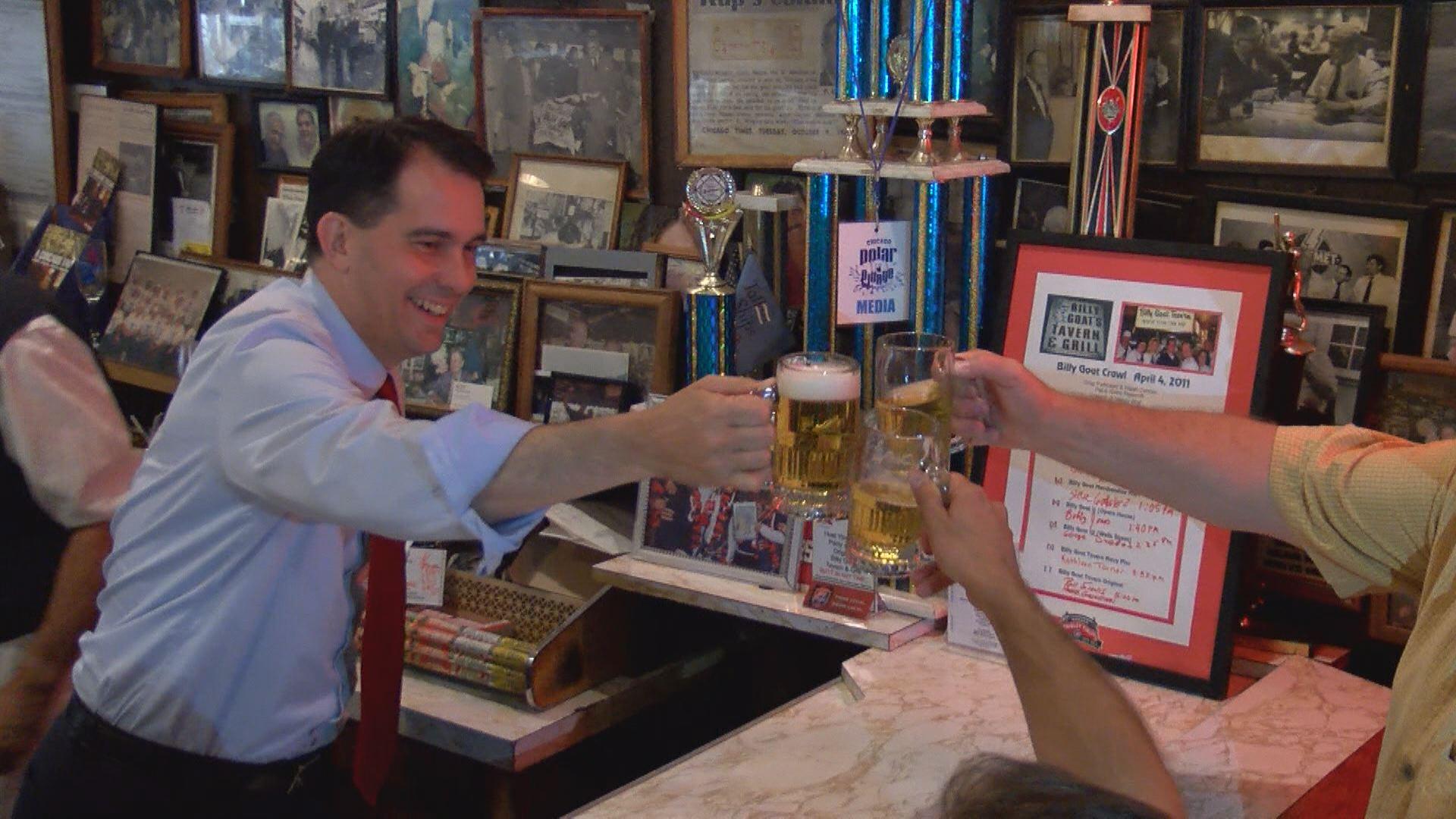 Monday night Governor Scott Walker made a stop at Chicago’s famous Billy Goat Tavern. “Because Illinois is going to be important; March 15th is the Illinois primary.” Walker explained.

Earlier in the afternoon stopped in Bloomington, Illinois. That was his first official visit to the state as a presidential candidate. Walker said, “With this many great Republicans in the field, it’s not going to be wrapped up after a couple of states.”

At the Billy Goat Tavern Walker shook hands, ate double cheeseburger, sipped a beer, and passed a test according to Andy Braden. “I asked Governor Walker if he would like to take a snapchat with me. Think of it like a test if he’s ready for the young voters.” Braden said.

Walker suggested just a picture may not be good enough. Braden explained he doesn’t agree with Walker’s politics, but says he was impressed Walker did more than just smile for a picture. Braden said, “He was in fact hipper than i because he wanted to do a snap video.”

Walker also brushed off some recent attacks thrown out by Republican presidential candidate Donald Trump. Saturday trump tweeted \".@ScottWalker is a nice guy, but not presidential material. Wisconsin is in turmoil, borrowing to the hilt, and doing poorly in jobs etc.\"

Walker said Monday evening, “I don’t know where he’s getting his facts from other than the talking points of the state Democrats. And we’ve proven them to be wrong time and time again in elections.”