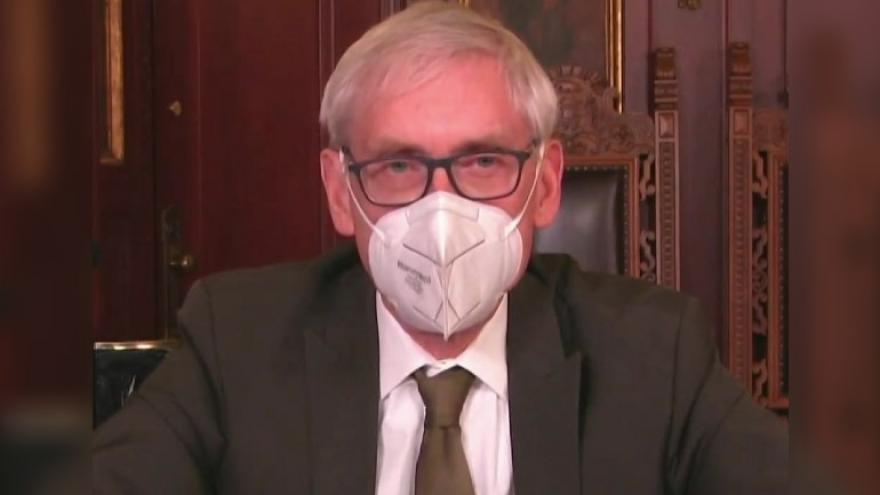 According to a news release, during his 2021 State of the State address, the governor announced he would be calling a special session of the Legislature to take up his proposal, which would finance the modernization project from initiation to completion over a 10-year period. Republicans in the Legislature have yet to take any action on the governor’s special session legislation. Gov. Evers’ letter comes after an inquiry by PolitiFact determined legislative action and approval will be necessary to ensure ongoing funding for the project over multiple state budgets.

“My proposal to update our antiquated system to date has been met with the same continued inaction Wisconsinites have seen for years during previous administrations and more than a decades’ worth of state legislators that knew this system was outdated and failed to fix it,” wrote Gov. Evers in the letter. “And worse yet, it has also become the subject of partisan, political posturing and finger pointing unfitting of the severity of this problem and the urgency with which it must be addressed.”

This comes after lawmakers ignored his calls for a special session to update the UI system. GOP co-chairs on the budget committee (JFC) say Evers can request the funds from them without legislative action. https://t.co/GkvnqlcSl1

Below is more from Gov. Evers' office on Wisconsin's unemployment insurance system:

Wisconsin’s unemployment insurance system programming was developed in the early 1970s. Gov. Evers’ modernization proposal utilizes the master lease program, which operates functionally similar to a home mortgage, effectively allowing the state to make a down payment on the project while paying it off over a longer, extended period of time. The master lease program—an option offered by Republicans in the Legislature—would allow the state to begin the process of upgrading Wisconsin’s unemployment insurance system while reducing up-front costs and committing funding to ensure the state follows through with the upgrade to completion. The governor’s special session legislation, LRB-1312, includes funds to cover the initial $5.4 million toward beginning the upgrade process as well as necessary startup costs in Fiscal Year (FY) 21 and master lease payments in FY22 and FY23. The bill provides for a potential clawback of state dollars should the federal government provide additional resources to states to fund UI modernization for which this project is eligible and requires those federal dollars to be used first.

“After these issues with our unemployment system were raised during the Great Recession and now again during COVID-19, it would be callous and irresponsible for any elected official to sit around and wait for the next economic crisis while taking no action to remedy a predictable outcome. Replacing this system will take years, that’s why it should have been done years ago, and it's why I am urging you today to give this issue immediate consideration and action,” Gov. Evers continued. “I believe—and I sure hope you would agree—that this time Wisconsinites deserve better than getting the runaround. This problem and the people we serve cannot and should not have to wait. Again. And here’s the bottom line: I don’t care who gets the credit, I just want to get it done.”

Last week, the Legislative Fiscal Bureau projected the state is expected to collect $1.2 billion more in revenue over the next three-year period than was previously estimated. In his letter, the governor noted the projections, suggesting the positive economic outlook supports beginning modernization immediately via legislation to commit funding the project through to completion. Prior to the Great Recession, an effort to upgrade the unemployment system without a full funding commitment from the Legislature was ultimately abandoned due to delays and costs exceeding projections.

The Department of Workforce Development last month hosted an informational briefing on the antiquated system. The briefing can be found here. The COVID-19 pandemic presented an unprecedented influx of unemployment claims, exceeding the number of claims even during the Great Recession. Over the course of four years from 2016 through 2019, the Wisconsin Department of Workforce Development handled 7.2 million claims. Since March, the DWD received 8.8 million claims alone—1.6 million more claims than the four previous years combined. The Department increased staffing in the Unemployment Insurance Division from about 500 employees to 1,800 employees to answer phone calls, process claims, and follow up with individuals who applied for benefits. During this time the DWD paid nearly 600,000 claimants more than $4.6 billion in unemployment insurance benefits.