MADISON, Wis. (CBS 58) – Governor Tony Evers and Senator Tammy Baldwin said in a letter sent to President Donald Trump that funds he announced during his visit to Kenosha earlier this month cannot actually be used to help the community rebuild from unrest sparked by the shooting of Jacob Blake by a police officer.

“We welcome your commitments, but are dismayed that the funding you announced in Kenosha will not be sufficient to rebuild and heal the Kenosha community,” Evers and Baldwin said in a letter dated Sept. 17. “Kenosha needs real solutions, not empty gestures.”

The two Democrats point to the more than $40 million announced by President Trump on Sept. 1 when he surveyed damage in Kenosha and held a roundtable with law enforcement and members of the community as well as Attorney General William Barr.

According to Baldwin’s office, $4 million that was announced to help small businesses rebuild after the unrest was from CARES Act funding already marked for help with COVID-19-related issues. Another $42 million Trump announced was from Department of Justice grants already announced prior to the events in Kenosha.

Only $1 million for public safety and law enforcement announced by the president is new funding, and none of those funds are designated for rebuilding efforts. 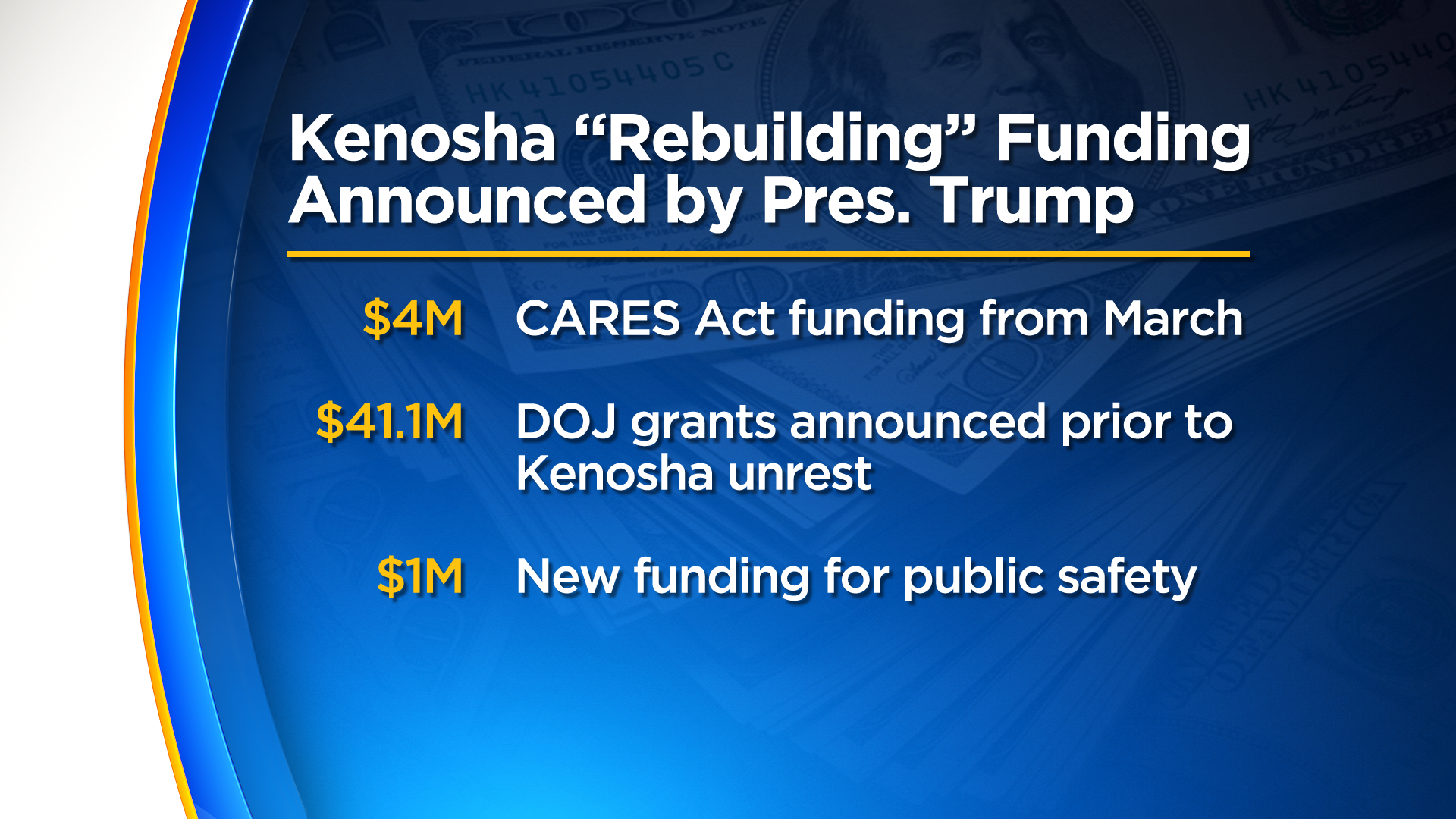 CBS 58 reached out to the White House and the U.S. Department of Justice but inquiries to both were not immediately returned.

Wisconsin Attorney General Josh Kaul sent a statement to CBS 58 that said in the more than two weeks since the announcement by President Trump, the state has not received any new information regarding the funds.

“The people of Kenosha need resources, not empty promises,” Kaul said. “The Trump administration should promptly make clear whether the federal government is in fact providing these additional resources to Kenosha.”