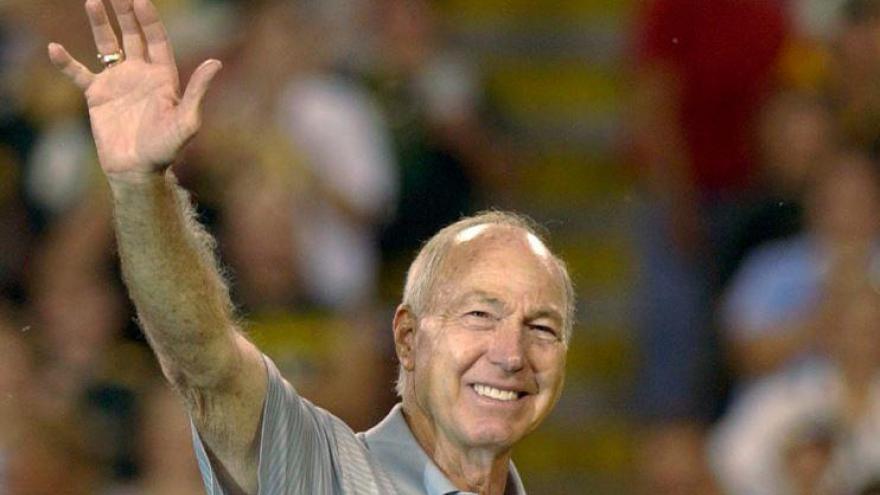 The bridge is on State Trunk Highway 29 across the Fox River.

Starr started his career with the Green Bay Packers in 1956 and lead the team to six divisional championships, five National Football League (NFL) championships and the first two Super Bowls. He was named Most Valuable Player (MVP) in both games. Officials say Starr is the only quarterback i history to lead a team to three consecutive NFL championships, and still holds the highest career post season passer rating to date.

“Bart Starr was an exceptional man both on and off the field. He, alongside the great Vince Lombardi, propelled our Green Bay Packers into sports history and helped put Green Bay on the map as Titletown USA,” said Gov. Evers. “By all accounts, he was not only a good and decent man, but he had a deep love for this community and helped form the Packers as we know and love them today. I am proud and honored today to sign Senate Bill 101 designating the Walnut Street Bridge here in Green Bay as the Bart Starr Memorial Bridge.”

Starr was inducted into the Pro Football, Packer, and Wisconsin Athletic Halls of Fame, and is one of only six former Packers to have their jersey number retired.

“Our family is humbled and honored by the decision to name the Walnut Street Bridge after my late husband, Bart Starr,” said Cherry Starr. We are particularly grateful to Governor Evers, the members of the Wisconsin legislature, and the many individuals in Green Bay who initiated and supported this idea. For decades Bart told everyone he met about the remarkable people in this city and state. This gesture shows once again why our family has and always will cherish this community.”