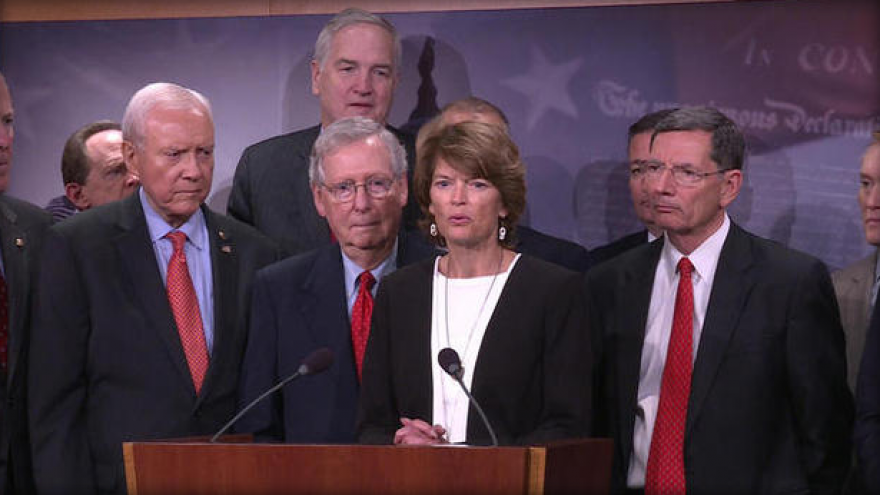 (CBS NEWS) -- The Senate tax bill is stuffed with provisions for special interests. Car dealerships would be able to fully deduct interest on loans, thanks to Sen. Rand Paul, R-Kentucky.

Some of the biggest winners in the bill are "pass-through" businesses which pass the income through the owners who don't pay corporate taxes. Instead, they file that income on their individual tax returns, reports CBS News correspondent Julianna Goldman.

The Senate's tax bill is a boon for oil and gas firms, who would be able to take advantage of the lower tax rates on pass-through businesses. The provision was added by Sen. John Cornyn, R-Texas, whose campaign has received more than a million dollars in contributions from the oil and gas industry in 2013.

"We're going to find some really stinky stuff in here that we didn't know," Sen. Angus King, I-Maine, said on "Face the Nation." King said there's a lot he and his colleagues still need to learn.

Real estate developers like President Trump and the Trump Organization, would also benefit from the tax cuts for pass-through businesses, according to former Obama tax policy adviser and Center for American Progress senior fellow Seth Hanlon.

"He is sort of the poster child here of the type of wealthy business person or wealthy billionaire who's going to get a massive windfall from this tax cut," Hanlon said.

"Yeah, you're going to change the way we treat, again, pass-through entities. But a lot of the deductions are gone," Mulvaney said.

The bill would also open up part of the Arctic National Wildlife Refuge to drilling, a cause championed by Sen. Lisa Murkowski, R-Alaska. She was one of the last GOP holdouts on the tax plan.

"This is good for Alaska, but more importantly, it's good for the country," Murkowski said.

"This is just you know slapdash, sloppy, un-transparent lawmaking, and I frankly have never seen anything like this," Hanlon said.

The bill is also notable for what's not in it: a research and development tax credit appears to have been accidentally eliminated. More surprises are expected as lawmakers actually finish reading a bill they've already passed.

Calling all bakers! We Energies looking for new recipes for 2020 Cookie Book