GOP Bill to Replace the Affordable Care Act is in Jeoprady 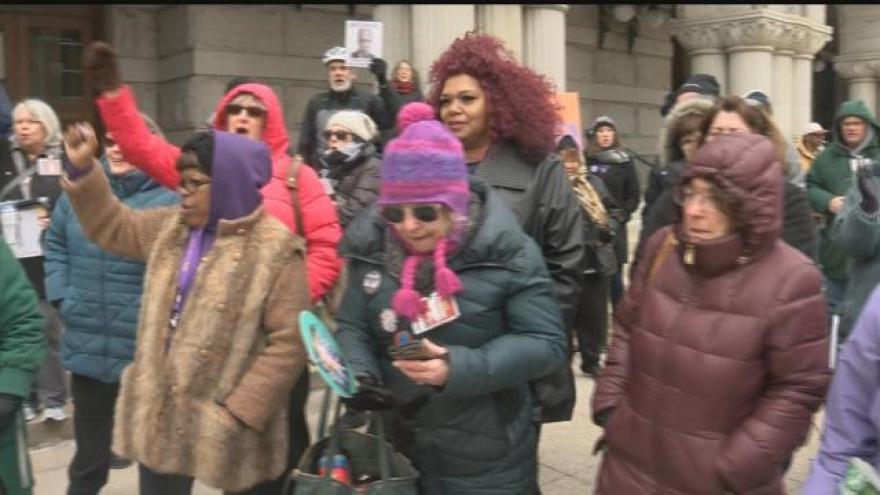 The GOP Bill to repeal and replace the Affordable Care Act is in jeopardy.

The house is scheduled to vote on it tomorrow, but there may not be enough support to pass it.

At a closed door meeting Tuesday, President Trump told them if they do not pass it, they could lose their jobs in the 2018 mid-term elections.

Senior citizens held a protest in Milwaukee this morning to defend healthcare for older adults.

"I have a brother who just turned 64. He was born with a developmental disability,” said Etty Wilberding, a protester.

The League of Progressive Seniors held this march outside Senator Ron Johnson's office this morning.

They say the bill pushes older adults out of the healthcare system and believe it will bankrupt Medicare by 2024.