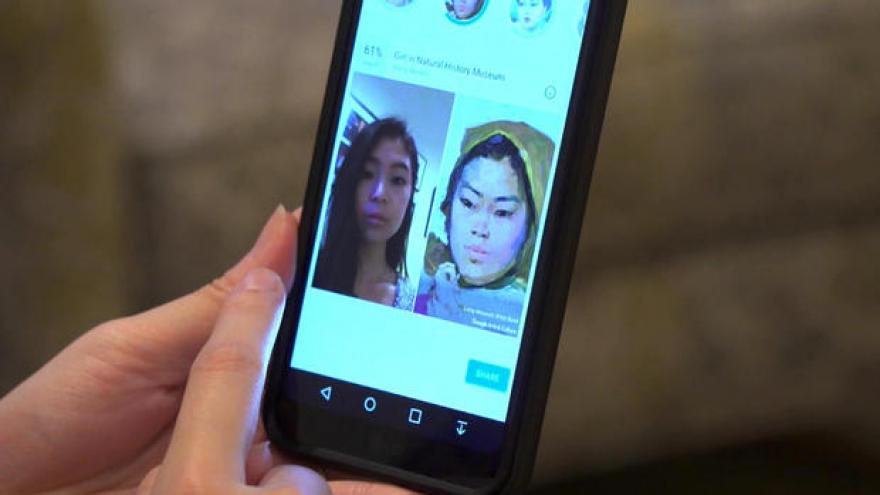 People are using an app to figure out if their faces are imitations of images already immortalized on canvas. It’s called Google Arts & Culture. Face-matching isn’t its primary purpose, but the feature has turned it into the most downloaded free app in the last week.

Art and apps aren’t always mentioned in the same sentence, but that’s all changed with the emergence of the new feature. The app itself was launched in 2016 and it lets people do things like search for art by color or time period, zoom into details of their favorite art works, and take virtual tours of famous museums and cultural sites.

Google recently added the feature where users take a selfie and the app uses computer-vision technology to compare your features to those in thousands of pieces of art to produce a match.

For some, the results are spot on. In other cases, not so much. There have been plenty of complaints by people who are matched with artwork of different gender or age, or in some cases not at all.

“I did not think they were specifically looking like me, but Google didn’t think so either,” Upper West Sider Sara Loya said. “I didn’t get higher than 44 percent.”

Cynthia Shaver is an art appraiser. She took a look at Elise’s results and said at first glance, they didn’t seem impressive.

But then, she looked a little closer.

“There are your cheekbones, so the composite doesn’t look like you but the individual features absolutely,” she told CBS2’s Finch.

The app is getting mixed reviews about the matches it produces, but most people seem to think it’s a real success at inspiring interest in artwork.

“I think it’s an entryway,” art lover Gail Fliesbach said. “Not for everyone, but some.”

A rep for Google says the face-matching feature is experimental, so it’s not clear how long it will be available for.