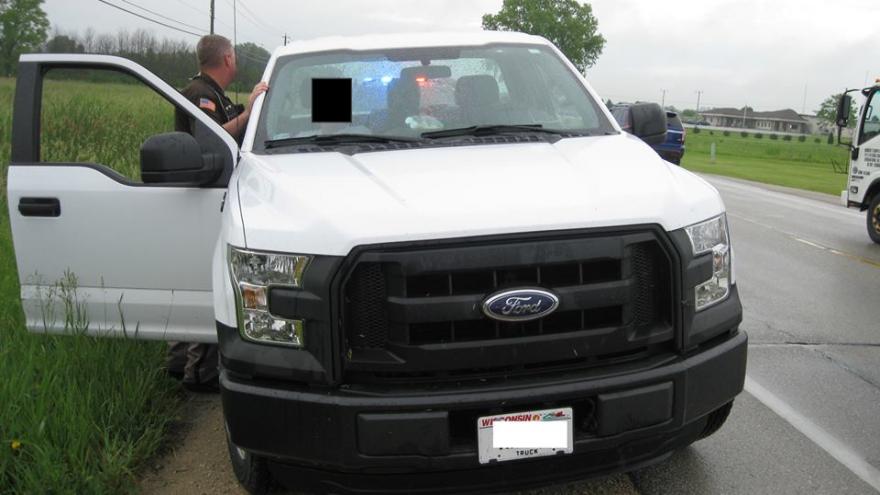 The Washington County Sheriff's Office would like to thank the good Samaritans that stepped in during an incident a month ago.

According to the Sheriff's Office, "It is an excellent example of citizens working closely with the Sheriff’s Office, medical professionals and the Washington County Highway Department."

Although the driver was only going about 10 mph, he would veer into oncoming traffic and forced numerous eastbound vehicles off the road to avoid a head-on collision. During the 911 calls, witnesses also observed the driver travel off the roadway and strike a guard rail and bridge panel just outside of Newburg.

A Washington County Sheriff’s Deputy located the vehicle traveling down the center Hwy 33, directly at the oncoming deputy, near Poplar Rd.

The driver stopped, although in the middle of the road when the deputy activated his emergency lights. The alert deputy immediately recognized the driver was suffering a medical condition, rather than some type of intoxicant, and summoned rescue to the scene.

The deputy could not immediately get into the locked vehicle that was still in drive; the driver was semi-conscious.

An unidentified passing motorist stopped and helped by tightly parking his service truck in front of the motorist to keep the F150 from surging forward. Simultaneously a Washington County Highway Department worker, Tim H., also stopped and assisted the deputy by providing aid to the motorist and getting the vehicle to a safe location. It ended up that the motorist was in the midst of a diabetic reaction. He was quickly turned over to medical professionals from both the Newburg Rescue Squad and the West Bend Fire Department.

The investigating deputy also wanted to pass along a special thank you to the unidentified man who did not hesitate stepping in and helping out an officer, and motorist, in need.