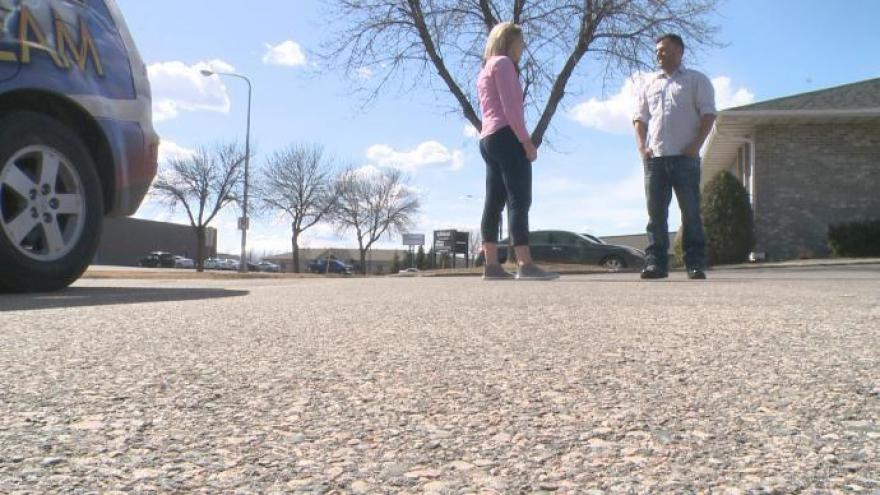 FARGO, N.D. (KVLY/WSAW) -- A man in the right place at the right time helped police catch a wanted man in Fargo, North Dakota.

Zana Brifki is being called a good Samaritan after tackling and holding a man to the ground until police caught up.

It started at a Fargo trailer park when police spotted a wanted man. When officers tried to arrest him, he he took off running. Nearby, Brifki was walking out of the barbershop after getting a haircut.

\"I seen him running and I see the cop behind him trying to jump the fence,\" he said. \"I saw the cop struggling on that fence and I just took initiative and I bolted after him.\"

Brifki chased the man who he says was wearing jeans and only one shoe.

\"Grabbed his sweater, threw him down and kinda jumped on him, and the cop wasn't too far behind me, so that was good,\" he said. \"I think he was more surprised than anything because I think he was expecting to see a police officer.\"

Brifki has lived in the area for years and says he’s not surprised that a man was running from police.

\"And it's sad, not only this, but the huge drug problem, and everything like that, it's sad,\" he said. \"No one wants to see this kind of stuff, but when it happens, I mean, you just try to do what you can.\"

He says was just doing what he can to help out the community.

\"I like to think so, I was just doing my part as a Samaritan,\" Brifki said.

Police didn't release the man's name or why he was wanted.

Read the original version of this article at valleynewslive.com.