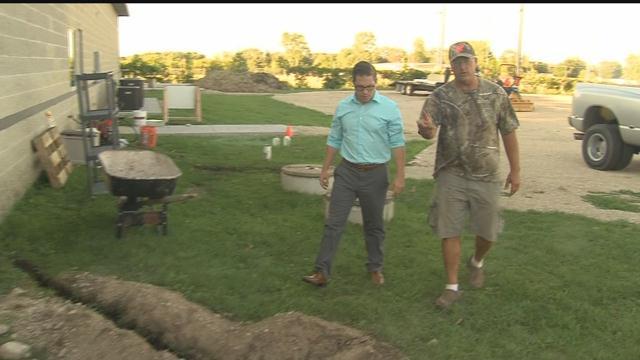 The Washington County Sheriffs Office says it cited two men for trespassing over the weekend.

A 28-year-old City of West Allis man and 29-year-old Greendale man were cited for trespassing after they were running a late for a golf outing at Kettle Hills Golf Course when the encountered the road closure in the area of STH 167 and STH 175. They decided to take a short cut by driving across the baseball diamonds lot and then the mini-golf area. The subjects then proceed through a taped off, roped off and finally barreled off, lawn of Momentum Health Club. This left substantial ruts in the newly seeded lawn. Investigating deputies were able to secure video from the health club of the 28-year-old driving up to the barrels and letting the passenger out who then moved the barrels next to the building. Both subjects were located at the golf course and arrested for trespassing. This occurred on 8/20/16 at 10:25am.

The owner of the athletic complex, John Bogues, says he caught the men on his surveillance system Saturday morning and immediately called police.

Bogues shared his video with CBS 58.