Golfers Being Targeted by Thieves 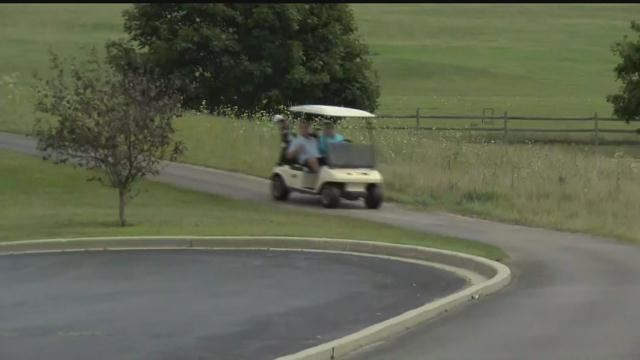 They are sneaking onto golf courses, breaking into cars and costing their victims thousands of dollars.

This steams from the thefts that happened here at New Berlin Hills Golf Course back in June.

Police said this is one of several golf courses the thieves hit over the last few months.

Tonight police say there are even more Mount Pleasant Police are looking into a similar crime and so is a department in Streamwood, Illinois.

Police think all of these are connected and all have a similar story.

The thieves cruise the golf course parking lot look for unlocked cars and grab the credit cards golfers leave behind then run off and charge thousands of dollars.

CBS 58 spoke with the owner of Broadlands Golf Club and he has a theory of when these thieves look to strike.

“It would lead me to believe they're looking for a timeframe where there are a lot of cars in the lot and there aren't many people coming or going. Which would coincide with a golf outing or some league. so that's definitely the case that happened here,” said a representative for Broadlands.

The Ozaukee Sheriff’s Office shared these pictures with us these are the people they believe used the stolen cards at several area target stores buying thousands in target gift cards then using those gift cards to buy some iPads and iTunes gift cards.

If you recognize these people, the Ozaukee County Sheriff’s Office wants you to give them a call.