Goat gets Loose, Shows up at Starbucks 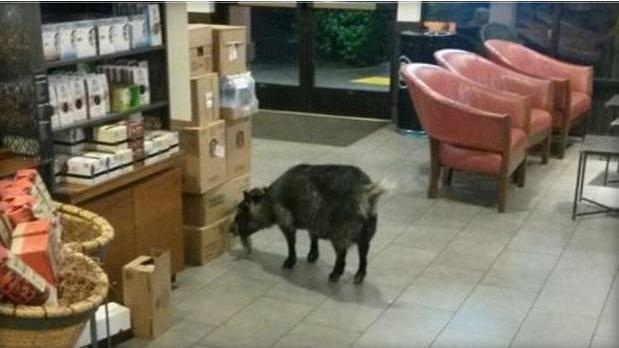 (CBSNews) ROHNERT PARK, Calif.-- Police say a goat apparently needed a caffeine fix when it wandered into a Starbucks in Northern California.

He says employees who were opening the Starbucks tried to give the goat a banana, but the animal kept walking into the coffee shop and started chewing on a box.

Bates took the goat into custody and brought it to the animal shelter -- but not before snapping photos of it sniffing around the Starbucks and posting them on the police department's Facebook page.

"We're sure the Animal Shelter supervisor will be thrilled to find a goat in a dog's crate when she arrives to work," the Facebook post read.

Bates says word traveled to the goat's owner, and the animal has made it home.