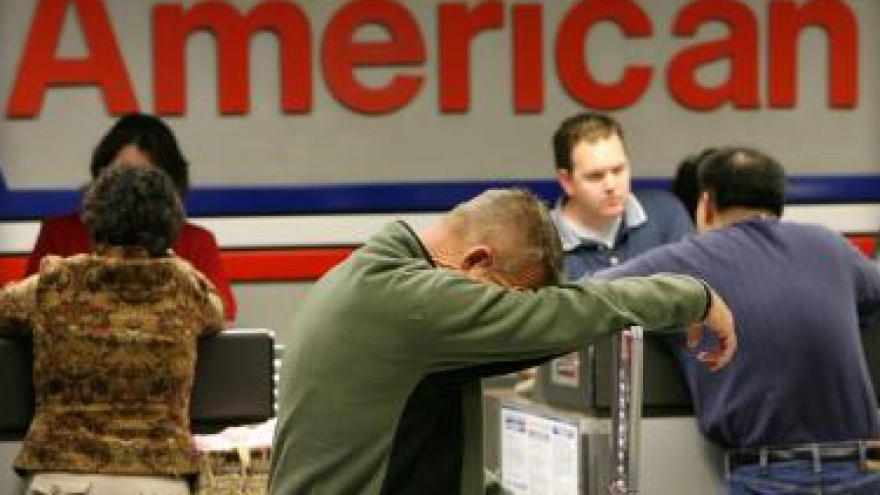 (CBS) -- A computer glitch in the computer system that allows American Airlines pilots to "bid" for time-off based on seniority failed to limit requests for the upcoming Christmas travel season, the union representing pilots tells CBS News.

This means that a much larger than normal number of the airliner's pilots are scheduled for vacation between Dec. 17 and Dec. 31.

The Allied Pilots Association (APA) estimates roughly 15,000 American Airlines flights could be at risk of being canceled because they do not have a full crew. However, the company has a couple weeks to address the staffing issue and said Wednesday it will "take care of our pilots and ensure we get our customers to where they need to go ..."

"If not fixed, it will inconvenience a lot of passengers ... that's a big number ... that's multiple days' worth of flying," APA communications director Gregg Overman said.

The company sent a letter to its employees offering time and a half pay for working certain flights, but the APA says the conditions of the overtime pay violate its labor contract and resulted in it filing a grievance.

"It's a big problem and we want to see it fixed but we haven't been approached by American management with a plan that works for them and works for us," said Overman.

American is the world's biggest airline and has about 15,000 active pilots and expects to operate more than 200,000 flights in December, according to The Associated Press.

In one tweet, American replied to a customer saying they are "working diligently to address the issue":