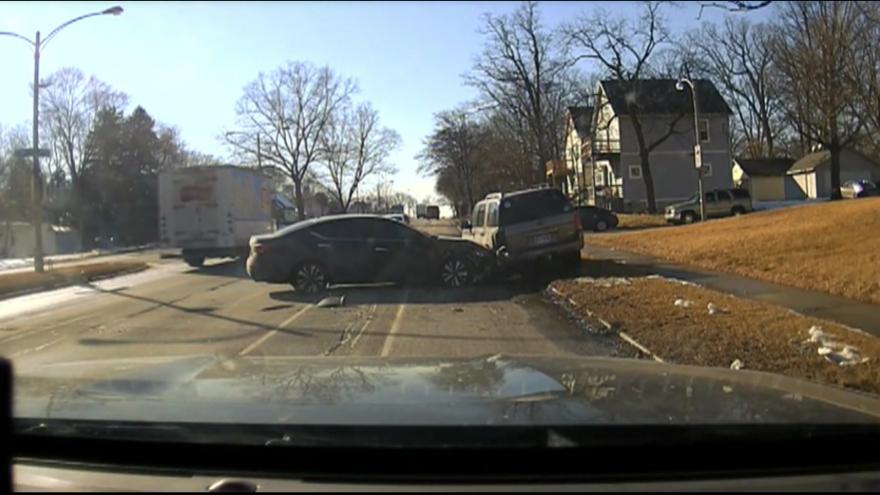 CBS 58 has obtained police dashcam video of the afternoon pursuit on March 3.

It shows a Glendale police officer trying to stop a car driving twice the speed limit down Silver Spring Drive near 38th Street.

The driver initially slowed down, but then led officers on a brief chase before it was terminated.

Moments later, the driver crashed into a parked car, ran from the scene and was arrested.

He's facing charges of recklessly endangering safety, among others.