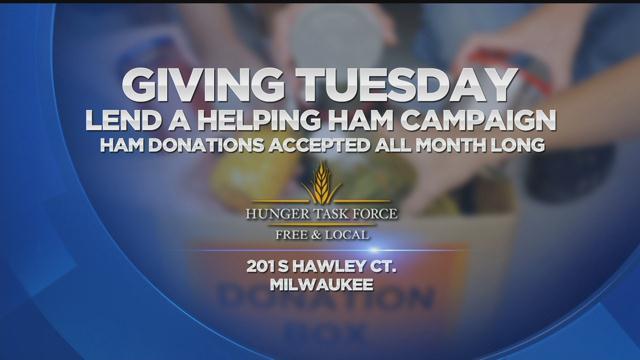 For a fourth year, people around the world will recognize Giving Tuesday. It takes place annually on the Tuesday after Thanksgiving.

92nd Street Y, a cultural center in New York, and the United Nations started the campaign in 2012. Giving Tuesday is a movement that provides a platform for non-profits around the world to encourage donations and end-of-year giving just in time for the holidays.

In Milwaukee, many local organizations are taking part. The Hunger Task Force is delivering fresh hams to families in need and encouraging people to donate hams to help stock local pantries. The Ronald McDonald House of Eastern Wisconsin is asking for $20, the suggested donation to house a family overnight. The Salvation Army Toy Shop starts collecting new toy donations for its annual Toy Shop. And, the Red Cross is asking for monetary donations to support victims displaced by fire, as well as blood donations.